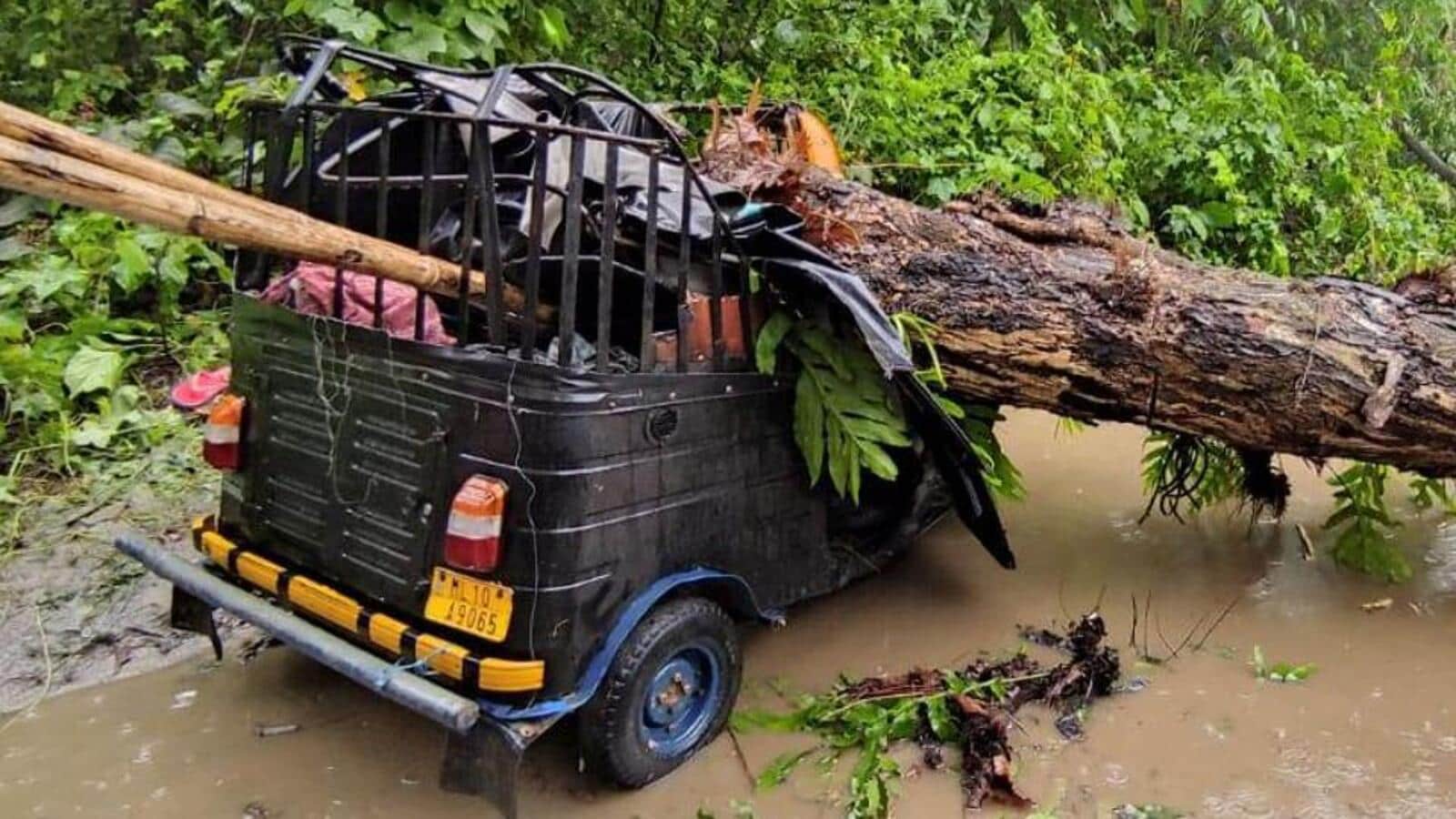 Shillong: Two persons, including a minor, were killer and four were injured as heavy rains lashed Meghalaya from Thursday night causing flash flood, landslides, collapse of retaining walls and uprooting of trees in different parts of the State, an official said on Friday.

A 13-year-old boy lost his life and four others were injured after a big fell on the autorickshaw they were travelling at Umtrew village in Ri Bhoi district, the official said.

Incessant rains that began since Thursday night pounded several areas of the state, especially causing flash floods in the low lying areas and collapsed of walls in the State capital and East
Khasi Hills district.

Traffic on the National Highway 6 in East Jaintia Hills district, which is the lifeline for Mizoram, Tripura, Barak Valley of Assam and Manipur, was disrupted due to landslides.

SDMA officials said that PWD workers are clearing the debris on the road and one way traffic at a time has been opened since morning itself.

India Meteorological Department (IMD) officials predicted that Meghalaya would received heavy to very heavy rainfall in isolated places and this weather would continue till May 16 due to the strong southwesterly winds from Bay of Bengal to northeast and adjoining areas at lower tropospheric levels.

Due to the incessant heavy rainfall the temperature in the state plummeted.

The highest temperature recorded in the state was at Williamnagar in East Garo Hills district 23.5 degree Celsius, which was 8.1 degree Celsius below normal.

Tura, the district headquarters of West Garo Hills recorded 22.7 degrees Celsius which was 9.2 degrees below normal.

The state capital recorded 18.8 degree Celsius, which again was almost 4 degrees below normal.