Param Bir Singh, who was recently replaced as Mumbai Police chief, has alleged in a petition that he was targeted because he had complained to Maharashtra Chief Minister Uddhav Thackeray about Anil Deshmukh, listing several allegations including extortion and illegal transfers 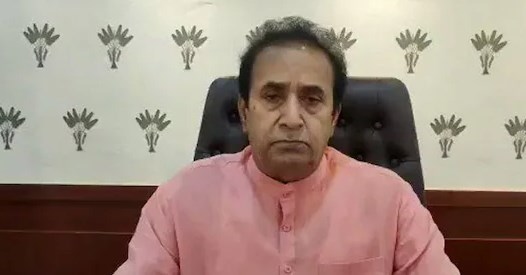 Deshmukh had rejected calls for his resignation for weeks, saying he had done nothing wrong.

“Since CBI is now going to investigate him, it is not correct for him to now stay on the position,” said a leader of Mr Deshmukh’s Nationalist Congress Party (NCP).

Param Bir Singh, who was recently replaced as Mumbai Police chief, has alleged in a petition that he was targeted because he had complained to Maharashtra Chief Minister Uddhav Thackeray about Anil Deshmukh, listing several allegations including extortion and illegal transfers, NDTV reported.

“I have no comments to make,” Singh had told reporters on the court order.

In the previous hearing, the High Court had asked Singh repeatedly why no FIR was filed on his allegations against the Maharashtra Home Minister.

“You are a police commissioner, why should the law be set aside for you? Are police officers, ministers and politicians all above the law? Are you saying that you are above the law?” Bombay High Court Chief Justice CJ Dutta had said.

“We cannot throw aside laws because the home minister and Chief Minister are involved. If a PM is involved who will investigate? You want a super power from outside?”

Singh had said what he had alleged in his petition were “hard facts coming from the person who occupied the highest post in the police force in the city and from someone who has served for more than 30 years.”

He first made the allegations in an explosive letter to the Chief Minister after his transfer. Deshmukh, the former top cop had said, had asked police officers, including Sachin Waze — arrested by the National Investigation Agency in the case of an SUV carrying explosives parked near industrialist Mukesh Ambani’s home in Mumbai – to collect ₹ 100 crore each month from bars and restaurants.

The petition also accused Deshmukh of corruption in police transfers and postings, based on allegations by an IPS officer, Rashmi Shukla.

Deshmukh has denied the allegations, which have caused a rift within ruling coalition partners Shiv Sena and NCP.

“Can you show us from the complaint first hand that the Home Minister said this in your presence,” the court asked Mr Singh, apparently referring to the extortion charge.

“Is there any affidavit from the officers saying that ‘the home minister has said this to me’?”