Dassault reportedly claimed the money was used to pay for the manufacture of 50 replicas of Rafale jets. 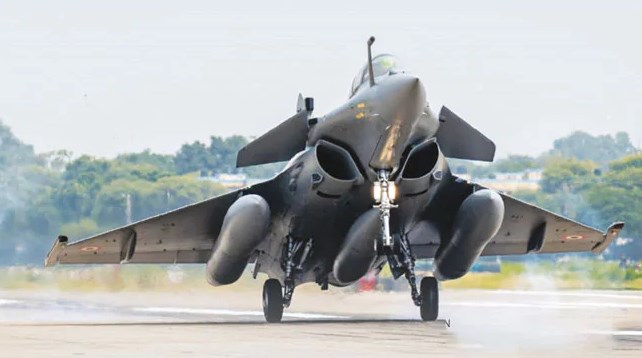 New Delhi: Dassault, the manufacturer of French fighter jet Rafale, paid one million Euro to a middleman in India just after the India-France deal for 36 Rafales was signed, French publication “Mediapart” alleges citing an investigation by the country’s anti-corruption agency.

The middleman is accused of money-laundering in India in another defence deal, the portal says in the report.

Dassault reportedly claimed the money was used to pay for the manufacture of 50 replicas of Rafale jets.

“The company said the money was used to pay for the manufacture of 50 large replica models of Rafale jets, even though the inspectors were given no proof that these models were made,” Mediapart reported.

The allegations were first uncovered by the French anti-corruption agency Agence Francaise Anticorruption (AFA) during their audit of Dassault, according to the report. But the AFA, it said, decided not to refer the case to prosecutors.

“As they combed through the 2017 accounts, the AFA inspectors raised an eyebrow when they came across an item of expenditure costing 508,925 euros and entered under the heading ‘gifts to clients’,” the AFA report said.

The French investigators were provided with an invoice from Indian company Defsys Solutions run by Sushen Gupta, who is being investigated by the CBI and Enforcement Directorate in the AgustaWestland case involving kickbacks paid in India in a deal for VVIP choppers.

Defsys is one of the subcontractors of Dassault in India. Sushen Gupta was earlier arrested and granted bail in the chopper deal case.

According to the AFA report accessed by Mediapart, Dassault tried to justify “the larger than usual gift” with an invoice from Defsys Solutions dated March 30, 2017.

The invoice indicated Defsys was paid 50 per cent of an order worth 1,017,850 Euros for the manufacture of 50 dummy models of the Rafale jets. Each model was priced at over 20,000 Euros.

“Dassault supplied the AFA with a ‘proforma invoice’ dated March 30, 2017 which was supplied by an Indian company called Defsys Solutions. This invoice, which related to 50 per cent of the total order, was for the manufacture of 50 models of the Rafale C, with a price per unit of &#8364;20,357,” the AFA report said.

Dassault could neither provide documentary evidence of the models nor explain why the spending was listed as a “gift to clients” in their accounts, according to Mediapart.

The Congress, addressing a press conference on the allegations, demanded Prime Minister Narendra Modi’s statement on the reveal.