Now, the Dadasaheb Phalke Award given by the BJP-led Central government to the ace actor seems to have revived the Rajini factor that may silently find its way into the arithmetic behind the current Assembly elections. 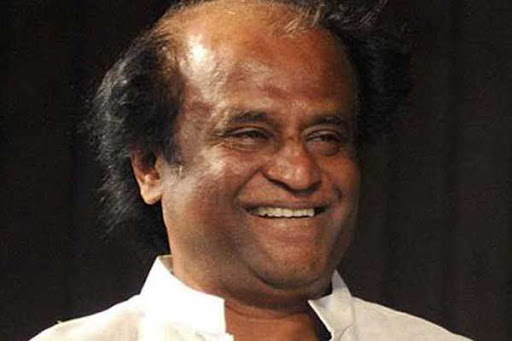 Chennai: Hailed as a political dark horse since 1996, Tamil superstar Rajinikanth has finally preferred watching from gallery to running along the racecourse, ultimately giving a decent burial to the 25-year-old dreams of his fans–a solid base no less large than any political party worth its salt.

The chequered history of speculated or expected Rajini’s political entry almost forgotten now following his firm ‘no’ to politics for apparent health reasons and for mysterious reasons, the political parties wriggling in the mounting heat of battle for ballot have totally turned a blind eye to the so-called ‘Rajini factor’ or are convinced of its non-existence–a factor fanatically and frantically trumpeted or held aloft in several quarters as recent as 2020-end.

Now, the Dadasaheb Phalke Award given by the BJP-led Central government to the ace actor seems to have revived the Rajini factor that may silently find its way into the arithmetic behind the current Assembly elections.

Political observers see something unusual about the timing of the government’s announcement of the award.

Is the award part of the BJP’s last-ditch strategy to make its electoral presence felt in Tamil Nadu? Rajinikanth, though far away from the hustle and bustle of the Tamil Nadu politics, has a large fan base. Officially his fan clubs are pegged at 50,000 and the number of his admirers and aficionados is said to be ranging in millions.

Now that their matinee idol, who has put on the mantle of a politician in his 1997 film ‘Arunachalam’, has bluntly refused to play that role in real life, the millions of fans may vote for anyone of the parties in the fray now.

As he had done in the film in question, so he had distanced himself from politics in reality. If by some miracle a factor sets in to unite the Rajini fans all under an umbrella, they may become a force to reckon with in Tamil Nadu politics. By V.Mariappan