Chouhan continued that many students of Manipur are pursuing their education in his State and gave his assurance to not worry about them. 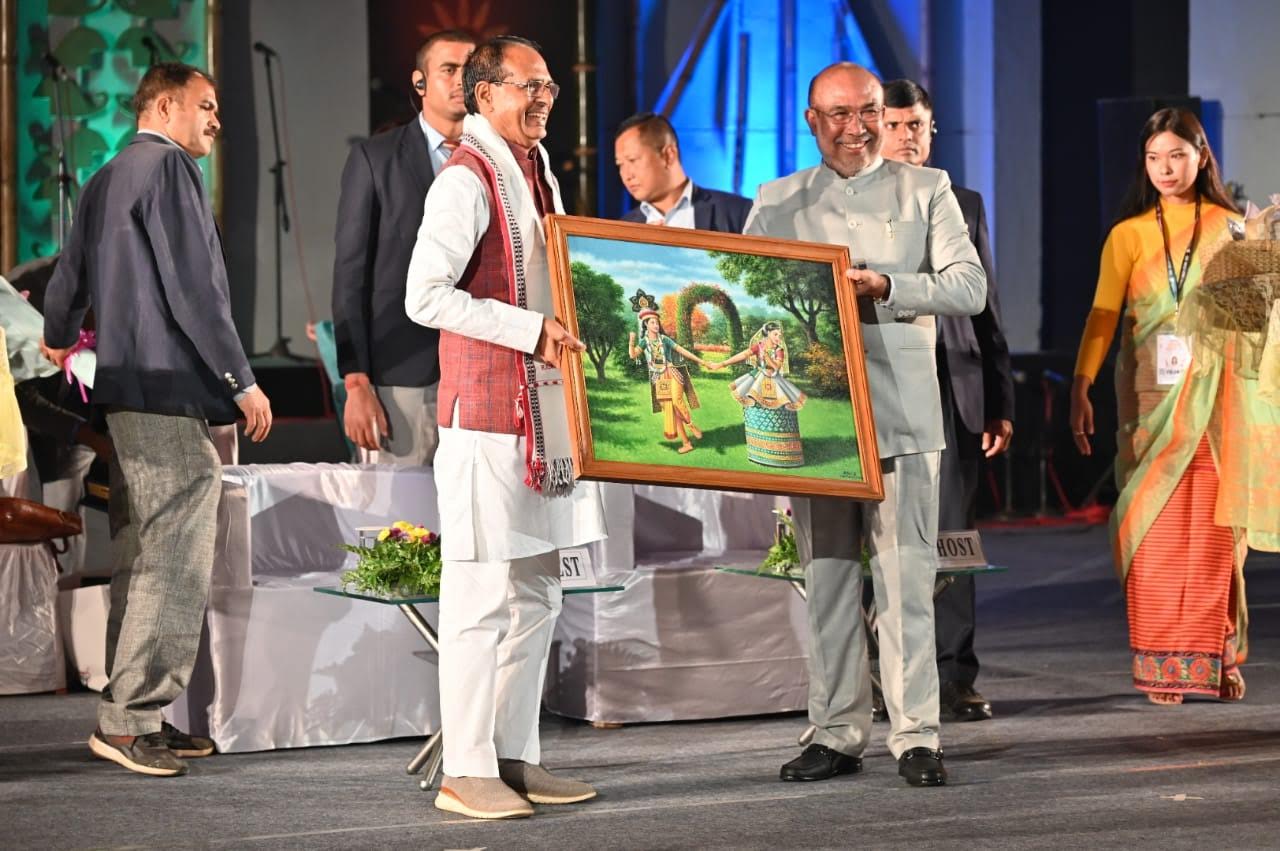 Imphal: Madhya Pradesh chief minister Shivraj Singh Chouhan expressed his best wishes to the people of Manipur on the occasion of Sangai Festival 2022 and for the development of the State.

He was addressing the gathering at the Cultural evening of the Sangai Festival at Bhagyachandra Open Air Theatre, Palace Compound Sunday as Chief Guest.

Stating the similarities of Madhya Pradesh and Manipur in many forms, Chouhan continued that many students of Manipur are pursuing their education in his State and gave his assurance to not worry about them. He added that his government would take good care of the students. He further spoke on the beauty of Manipur, its weather, cuisines and the sports talent of the people.

The Chief Minister appreciated the far-sighted vision of N. Biren Singh and his initiatives to take the State towards development. He expressed his hopefulness that Manipur would become one of the best tourism destinations in India in the coming years under the leadership of N. Biren Singh. He also invited the people of Manipur to visit his State.

Chief Minister, Manipur N. Biren Singh, while delivering his speech, stated that Central leaders who had visited the State to attend the Sangai Festival had praised the people of the State for their hospitality and discipline. The leaders were also amazed with the beauty of the State, he added.

The Chief Minister informed that Union Minister of Tourism, Culture and DoNER G. Kishan Reddy, touched by the beauty of the Sangai Ethnic Park, had assured to provide financial assistance of Rs. 100 crore to further beautify the Park and the Sagol Kangjei Statue at Marjing and asked the State Government to submit proposal for the same.

N. Biren Singh further stated that the State Government had been working hard to take the State towards development and added that with the support of the people, the State is progressing in every field. He informed that Central leaders had always given support to the State for various development works.

The main highlights of the cultural evening were cultural dance performances by different cultural troupes and Artistes from within and outside the State.

The cultural evening was also attended by Ministers, MP, MLAs, Chief Secretary, DGP and Senior Officials of the State Government, Paramilitary forces and other invitees from outside the State among others.