Accordingly, banks have spread their branches even in the villages and the number of branches of the local and nationalized banks in urban areas and towns has also increased under the financial inclusion policy of the government, Dr Saha stated. 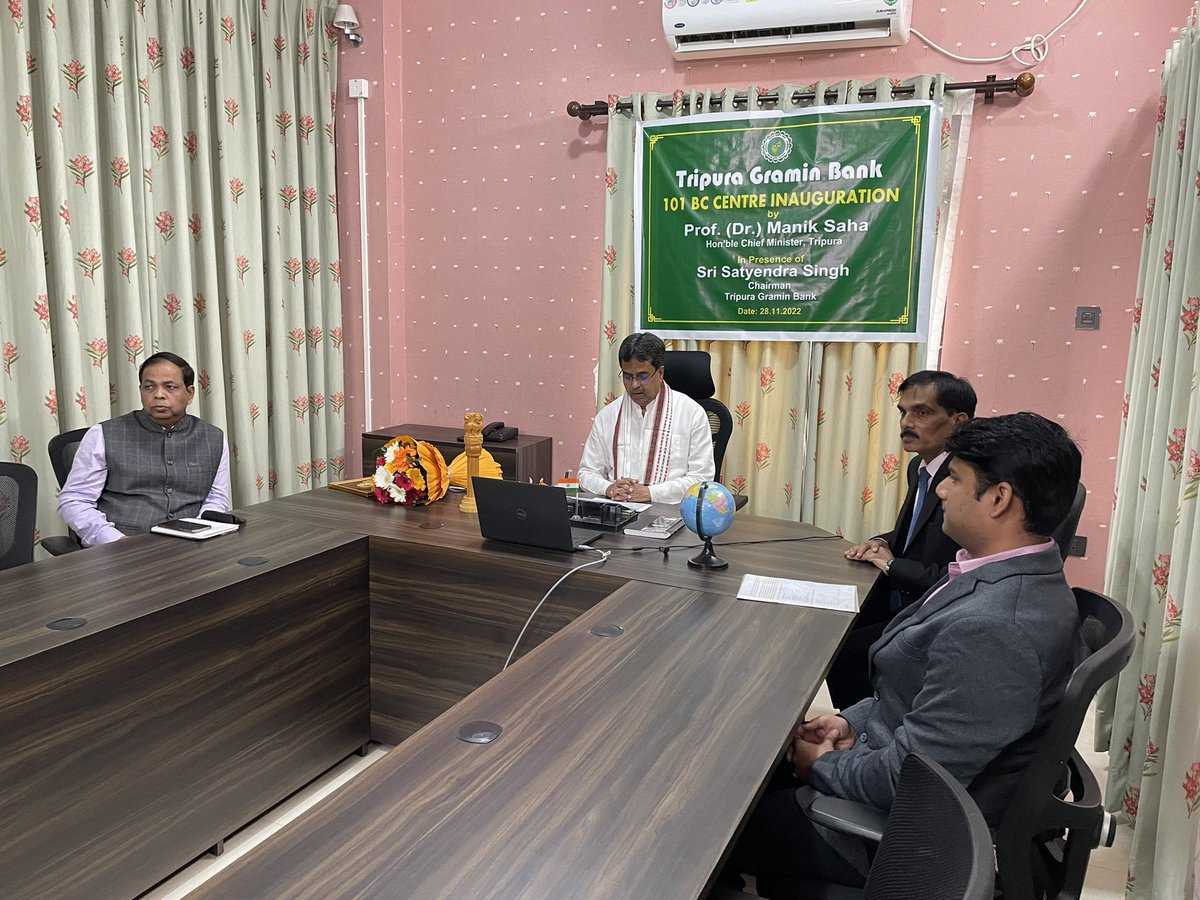 Agartala: In a bid to expand the banking facilities to the rural population, Tripura Chief Minister Dr Manik Saha on Tuesday launched as many as 101 Business Correspondence (BC) centers of Tripura Gramin Bank (TGB).

Dr Saha said bringing transparency to the economy, Prime Minister Narendra Modi has changed the entire landscape of financial transactions and digital modes of operation become popular over the last few years, people have also become acquainted with the system and preferred to come under the banking network.

Accordingly, banks have spread their branches even in the villages and the number of branches of the local and nationalized banks in urban areas and towns has also increased under the financial inclusion policy of the government, Dr Saha stated.

However, because of the population factor, opening a bank branch in many cases does not become feasible and the concept of BC Centre comes up. TGB is the leading bank of Tripura doing a commendable job in the implementation of the state government’s projects and serving the people of the state and added a new 101 BC Centers with its existing 222 BCs including 33 Bank Sakhis (volunteers), said TGB Chairman Satyendra Singh.

The TGB presently operates 148 branches, 17 Ultra Small Branches, and one Rural Self Employment Training Institute (RSETI) in the state besides BCs. The bank has emerged as one of the top-ranking Regional Rural Banks (RRBs) in the country for the last three years and its total business grew by 2.50%, which is Rs.10530.77 Cr till March this year.

He pointed out that Banking Correspondent centers will enable people to access 12-hour service (8 am to 8 pm) for payment through an Aadhaar-enabled payment system, deposits, balance inquiries, fund transfers, transactions in SHGs, the printing of passbooks, account opening, and enrollment in different social security schemes.