Armenia and Kazakhstan are both parties to the Collective Security Treaty Organization (CSTO). 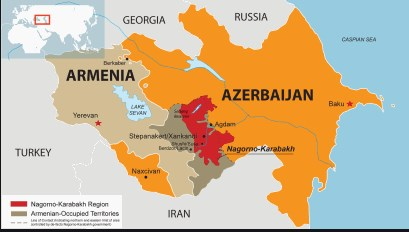 Yerevan: Armenian Prime Minister Nikol Pashinyan held phone talks with Kazakh President Kassym-Jomart Tokayev on Sunday to discuss the situation on Armenia-Azerbaijan border in the light of recent controversy with the advance of Azerbaijani servicemen.

Armenia and Kazakhstan are both parties to the Collective Security Treaty Organization (CSTO).

“The parties discussed the situation on the Armenian-Azerbaijani border. Considering unacceptable Azerbaijan’s encroachment on the sovereign territory of Armenia, Nikol Pashinyan stressed the need to harmonize the positions of all CSTO partners in order to resolve the issue,” the Office of the Armenian Prime Minister said.

Armenia said this past Wednesday that Azerbaijani armed forces made their way across the border into Armenia’s southern Syunik region under the pretext of “clarifying the delineation” on the heels of last year’s armed conflict. Yerevan requested consultations with the CSTO, which also includes Belarus, Kyrgyzstan, Russia and Tajikistan.