The North launched its most missiles in a single day - at least 23 - including one that landed less than 60km off the South's city of Sokcho, yonhap news agency reported. 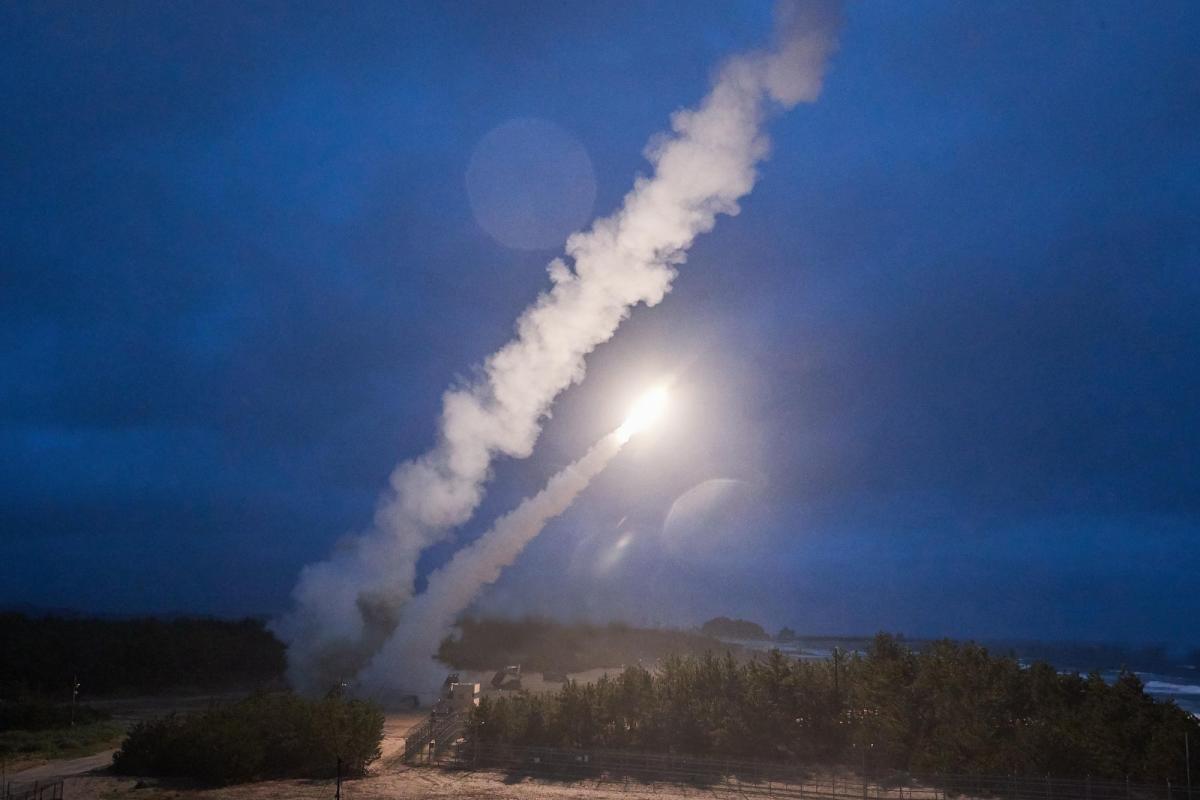 Seoul: North and South Korea fired a number of missiles into waters near each other’s coasts in a marked escalation of hostilities on Wednesday.

The North launched its most missiles in a single day – at least 23 – including one that landed less than 60km off the South’s city of Sokcho, yonhap news agency reported.

North Korea launched its barrage of missiles, including one that flew across its de facto maritime border with South for the first time since the end of the 1950-53 Korean War, according to the South’s military.

The North says the launches were in response to large-scale military exercises currently being held by South Korea and the US, which it termed as “aggressive and provocative”.

On Tuesday, Pyongyang warned both nations they would pay “the most horrible price in history” if they continued their joint military drills, seen as a veiled threat to use nuclear weapons.

Wednesday’s exchanges began with missile launches by Pyongyang into waters close to South Korea, triggering air raid sirens on Ulleung, an island controlled by Seoul. Residents there were told to evacuate to underground shelters.

One ballistic missile crossed the Northern Limit Line (NLL), a disputed maritime border between the Koreas. It landed outside South Korea’s territorial waters but it’s the closest a North Korean missile has come, Seoul said, calling it an “unacceptable” breach of its territory.

Officials there said the air-to-ground missiles fired by the South landed a similar distance past the NLL off the North’s coast.

The tit-for-tat missile launches come during a period of national mourning in South Korea, following the crowd crush in Seoul at the weekend which killed more than 150 people.

The Joint Chiefs of Staff (JCS) said it detected the North’s firing of three short-range ballistic missiles (SRBMs) from a site in or around the North’s eastern coastal city of Wonsan at around 8.51 a.m. One of them landed near South Korea’s territorial waters, further raising tensions around the inter-Korean border. It marked the first time since the two Koreas’ division that the North sent a ballistic missile southward past the NLL.

The latest provocation came in apparent protest of the five-day large-scale combined air drills of South Korea and the US that kicked off Monday amid growing speculation that Pyongyang may conduct a nuclear test soon.

One of the three SRBMs fell into high seas 26 kilometers south of the NLL, an area 57 km east of the South’s eastern city of Sokcho and 167km northwest of Ulleung Island near Dokdo. It headed toward the island before falling into the international sea, prompting local authorities to issue an air raid alert. Two other SRBMs traveled into the East Sea, the yonhap reported.

They were among the more than 20 missiles that the North fired over a span of more than 10 hours, according to the South’s military.

Starting at 9.12 a.m., Pyongyang launched more than 10 missiles, including those presumed to be SRBMs and surface-to-air missiles, off its east and west coasts.

From 4.30 p.m. to 5.10 p.m., it fired six more missiles, including suspected surface-to-air ones, into the East and Yellow Seas.

“North Korea’s missile launch, which marks the first time since the division of the peninsula that it has landed near our territorial waters south of the NLL, is very rare and intolerable,” the JCS said in a statement.

The South’s missiles landed in a location north of the NLL at a distance almost equivalent to that of the North’s missile that dropped south of the de facto border, the JCS said.

“Our military’s response reaffirms our resolve to sternly respond to any provocations (by North Korea) and shows that we are capable of accurately striking our enemy,” it said.

Since 1984, North Korea has fired around 200 missiles toward the East Sea or the Yellow Sea but had not launched a major missile southward in a direct threat to South Korea.

In November 2010, the North carried out an artillery shelling into the South’s front-line Yeonpyeong Island, killing four people, including two civilians, with 18 others wounded.

The US Indo-Pacific Command said the North’s provocation highlights its “reckless behavior” and the “destabilizing” impact of the country’s unlawful ballistic missile programs.

“The U.S. commitments to the defense of the Republic of Korea and Japan remain ironclad,” the command said in a statement, using South Korea’s official name.

The North’s weapon tests came as Seoul and Washington are staging the Vigilant Storm exercise involving more than 240 aircraft, including their advanced stealth jets, across the skies of the peninsula in a bid to bolster the deterrence posture against the North’s threats.

USS Key West, a U.S. nuclear-powered fast-attack submarine, also arrived in South Korea on Monday for a “scheduled visit” as part of its deployment to the Indo-Pacific region.

The North has long denounced joint military drills between Seoul and Washington as a rehearsal for invasion. The allies stress that the exercises are defensive in nature.

Earlier in the day, Pak Jong-chon, secretary of the Central Committee of the North’s ruling Workers’ Party, warned that South Korea and the U.S. will pay a “terrible” price if they decide to attack the North.

North Korea has fired more than 40 ballistic missiles this year, the largest number that it launched in a single year, as it is apparently bent on developing a variety of delivery vehicles for strategic and tactical nuclear warheads, yonhap reported.