Talking to newspersons here, PJ Joseph also sought an explanation from Chief Minister Pinarayi Vijayan on the permission given to Tamil Nadu by the Forest Department in Kerala in this regard. 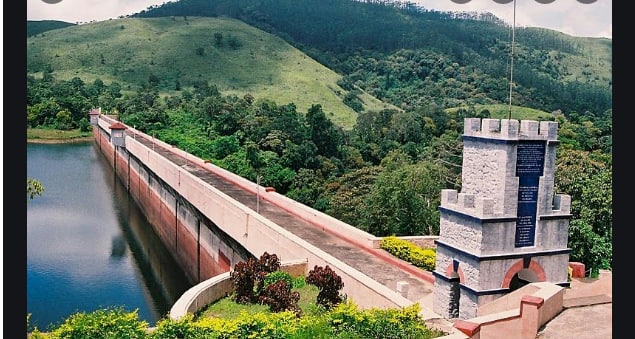 Thiruvananthapuram: Former water resources minister and Kerala Congress leader and MLA PJ Joseph on Sunday urged the State Government to cancel the permission given to Tamil Nadu for felling 15 trees downstream of Bany dam at Mullaperiyar.

Talking to newspersons here, PJ Joseph also sought an explanation from Chief Minister Pinarayi Vijayan on the permission given to Tamil Nadu by the Forest Department in Kerala in this regard.

Seeking the removal of Kerala Forest Minister AK Sassendran, the Kerala Congress MLA said the Government can’t wash its hand by claiming that the Forest Department issued the order without its knowledge.

How the Forest Department can issue the order without the permission of the Kerala Chief Minister ? he asked.

Informing that the forest department official concerned was asked to submit his explanation before 1100 hrs today, he said appropriate action will be taken after getting the report.

In a letter to the Kerala CM, MK Stalin said “I have been informed by our officers of Water Resources Department that the permission for felling the fifteen trees downstream of the Baby Dam at Mullaperiyar Dam has been granted by the Forest Department of Kerala.”

This long-pending request was crucial to strengthen the Baby Dam and Earthern Dam and this permission would enable us to initiate steps for strengthening these structures, he said.

“On behalf of my Government and the people of the Southern districts of Tamil Nadu, I thank you and the Government of Kerala for this permission. This would go a long way in benefitting the people of both States and I sincerely hope that this spirit of cooperation between our States continues,” he added.

Reiterating Tamil Nadu’s commitment to undertake all steps needed to further strengthen the Mullaperiyar Dam and ensure the safety of the people living downstream in Kerala, he requested Kerala to expedite the other important requests from Tamil Nadu for granting permission to repair the road between Vandi Periyar and Periyar Dam site and to transport necessary materials.

“This is the only land route to the dam site and hence these road works are essential to convey the materials and machinery to carry out the repair and strengthening works,” he pointed out.

On Friday, Tamil Nadu Water Resources Minister S Duraimurugan, who denied Kerala’s demand for a new dam, said his State will raise the water level of the 126-year-old Mullaperiyar dam in this district of Kerala to 152 ft.

The Tamil Nadu Minister, who visited Mullaperiyar dam on Friday along with three other Ministers, legislators and a team of top officials from Tamil Nadu, told newspersons that various Committees, formed by the Supreme Court in connection with the dam cases, have submitted their reports that the dam is safe.

Hence, the demand of Kerala to construct a new dam at Mullaperiyar is irrelevant, the Tamil Nadu Minister said.

The water level of the Mullaperiyar dam, managed by Tamil Nadu, can be raised to 152 ft after taking necessary steps to strengthen the Baby Dam, he hoped.
However, the Baby Dam can be strengthened

d only after removing three trees causing hindrance there. “We raised this issue with the Kerala Government. But, we were told that only the Forest Department of Kerala can take a decision on the trees coming under the Reserve Forest. We will take steps to remove the trees,” he added.
To a question on resolving the water disputes between Kerala and Tamil Nadu, the TN Minister, who praised Kerala Chief Minister Pinarayi Vijayan as straightforward, hoped that all issues will be sorted out during his tenure.

Lashing out at AIADMK leaders O Panneerselvam and Edappadi K Palaniswami, the TN Minister said no Minister from Tamil Nadu visited Mullaperiyar for the last ten years. The AIADMK has done nothing to protect the rights of farmers getting water from Mullaperiyar dam, he added.

Meanwhile, O Paneerselvam announced that his party will organise agitations in five districts of Tamil Nadu on November 9 protesting against the DMK Government decision to open shutters of the Mullaperiyar dam and release water ignoring the interests of farmers in Tamil Nadu.

A large number of DMK workers who also accompanied the ministers were stopped at the Lower Camp by the Tamil Nadu Police. The TN Ministers’ visit to the Mullaperiyar dam was in the wake of the opening of eight shutters to discharge excess water due to heavy rains in the catchment areas. Now, the water level in the dam was slowly coming down following the opening of the eight shutters.

This was the first time that the Mullaperiyar dam was opened after the 2018 floods in Kerala due to incessant rains.
Earlier, Kerala Government urged Tamil Nadu to li