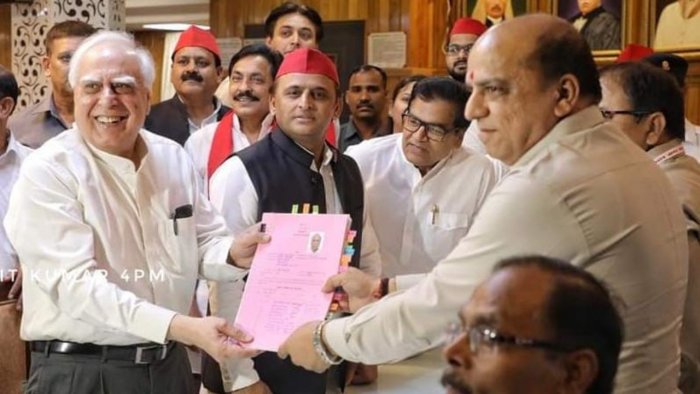 Lucknow: Former Congress leader Kapil Sibal on Wednesday filed his nominations for the upcoming Rajya Sabha elections with support from the Samajwadi Party.

Sibal has filed his nomination as an Independent candidate.

After completing the process, Sibal disclosed to the media that he had resigned from the Congress on May 16, a day after Congress’ Udaipur Chintan Shivir concluded.

Sibal, a part of the G23 members, had been vocal about the state of the grand old party and it appears that the Nav Sankalp Shivir did not deliver on his expectations.

There are two more nominations to be filed later in the day by the SP — one by Dimple Yadav and another by Javed Ali Khan.