Activists say that strengthening the community’s social acceptance, education and financial independence can only be achieved through employment and making the workspace LGBTQI+ friendly (QI standing for Queer and Intersex). 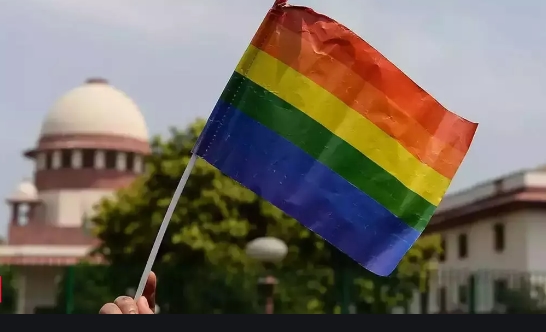 New Delhi: “I have always been open about my trans identity while applying for a job. If a company is reluctant to hire me solely because of my identity, I would rather not work for it,” Meenaksh* a 25-year-old trans man, says, bringing to fore prejudice against the LGBT community in the Indian work sphere despite the decriminalisation of homosexuality in 2018.

The Lesbian, Gay, Bi-sexual, and Transgender (LGBT)+ community in India has witnessed its share of highs and lows in the fight against homophobia, inequality, and discrimination. While the whole nation rejoiced in its ‘tryst with destiny’ moment on independence in 1947, LGBT+ people’s struggle for basic rights continued against Section 377 of the Indian Penal Code, a colonial-era ban on gay sex, which was scrapped unanimously by the Supreme Court in September 2018.

Activists say that strengthening the community’s social acceptance, education and financial independence can only be achieved through employment and making the workspace LGBTQI+ friendly (QI standing for Queer and Intersex).

“Things slightly improved after the 2014 National Legal Services Authority (NALSA) judgement,” says Murad Ansari, a trans man who is now a community social worker and previously a corporate employee, referring to the judgement that ensured the protection of the rights and freedoms of transgender people in India. “But the transphobia continued. I often found myself at the receiving end of sarcastic remarks and was avoided by my colleagues. Even the HR was clueless as to how to deal with such situations then, so they just used to reprimand them for their comments and close the complaint. It may seem like a trivial issue but it messes up one’s confidence.”

Murad (29) had come to terms with the fact that he was different from his peers at a very early age and started working at the age of 19 to save up for his gender transition surgery. From call centres to local schools to corporates, Murad took up odd jobs before moving into the community work he loves.

By 2019, several Indian firms – such as Godrej, Mahindra & Mahindra, TATA, Infosys and Wipro – openly supported the inclusion of LGBT+ staff and greater diversity in their workplaces.

These pioneers introduced equal opportunities policies, benefits, and planned diversity training and structures. They too worked to ensure an LGBT+ friendly corporate culture and market positioning, monitoring their progress and encouraging advocacy.

In 2020, the India Workplace Equality Index, the country’s first indicator for employers to measure their progress on LGBT+ inclusion at the workplace, awarded 65 companies gold, silver and bronze status, based on data shared about their diversity and inclusion practices in areas of policies and benefits, employee lifecycle, employee network group, allies and role models, senior leadership, monitoring, procurement, community engagement and additional work.

“While working with the corporates we realised that even if they wanted to reach out to the community, they could not due to lack of information. That’s where we enter and help them understand the challenges and their redressal,” he explains.

Pride Circle organised India’s first LGBT+ job fair in 2019, which worked as a link between employers and the queer community. Divided into talks, a fair, and a marketplace, the event provided a safe space for both employers and potential employees to share knowledge and learn about one another.

Another grave problem faced by trans people in India is a lack of formal education and skills required for employment, often as a result of bullying and harassment that compels them to drop out of schools. According to the official count in 2014, the transgender population in India stood at 4.9 lakh with a literacy rate of just 46 per cent.

Sinha tells the story of a trans woman who had travelled a distance of 1,172 km from Orissa to Bengaluru in the hope to get a job at the state-level fair. “I was moved her trust in the event but the lack of qualification hampered her job prospects,” he shares, adding that she later got hired by 24Seven – an Indian convenience store chain. As a result, the organisation started to invest in skill-building programmes for the marginalised members of the community to train them for entry-level jobs like that of a receptionist, data entry clerk or to just work at stores and malls.

Parmesh Shahani, Head of the Godrej India Culture Lab and author of ‘Queeristan: LGBTQ Inclusion in the India Workplace’, is optimistic about the community’s future. He believes that Indian companies are not homophobic, just ignorant. “Companies now realise the importance of diversity and inclusivity at the workplace and are working on reforms to make the workplace more LGBT+ friendly,” he says.

He encourages firms towards inclusivity by pointing out the financial cost of homophobia. “Companies are in the world of business, so there is no harm if they look at things from the lens of money. The rationale for inclusion has many aspects to it and of course, creating a better society is also part of that. The fact that a company is inclusive is more important to me than why do they do so,” he adds.

This story was produced by the United News of India. It was written as part of a media skills development programme run by the Thomson Reuters Foundation supported by the Swedish Postcode Foundation. The content is the sole responsibility of the author and the publisher. By Radhika Tiwari