Representing the North East Indigenous People's Forum, N Ibungochoubi made a fervent appeal to the SAPO leaders and all the communities in the region for peaceful and harmonious coexistence. 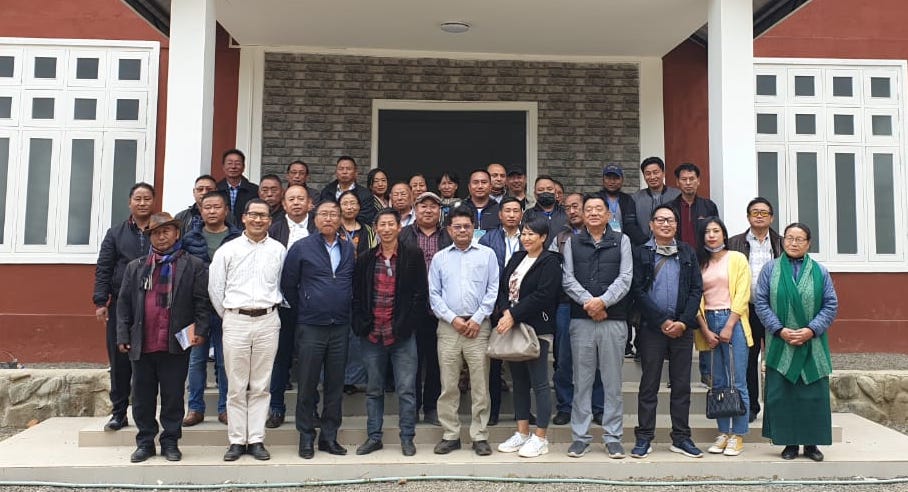 The delegation on arrival held a meeting with Kevipodi Sophie, President of SAPO and Youth, Student and Women organizations and other bodies of civil society.

The delegation of the Goodwill Mission was led by N Ibungochoubi, Convener and Spokesperson of NEIPF.

Representing the North East Indigenous People’s Forum, N Ibungochoubi made a fervent appeal to the SAPO leaders and all the communities in the region for peaceful and harmonious coexistence.

N Ibungochoubi further stated that the NEIPF always emphasized the great significance of an inherent socio-cultural and socio-economic relationship among the communities, which are sparsely spread out across the region.

He said the Forum’s premise is to share the concerns of the affected indigenous people of the region located in remote areas as a result of disruption or intervention on the communication systems.

The livelihood of the indigenous people and their means to survive in the difficult geographical terrain is paramount, he added.

Ibungochoubi also appealed to all the communities in the north eastern region to consider the humanitarian perspective to minimize human tragedies while any form of movement is launched.

Kevipodi Sophie, on his part, said that the concerns of the delegation will be shared among the Southern Angami people at an appropriate forum. He thanked the delegation for visiting Kigwema during the difficult time.