The refinery will not only cater to the domestic demand but has the potential to act as an export hub for South-East Asia too. 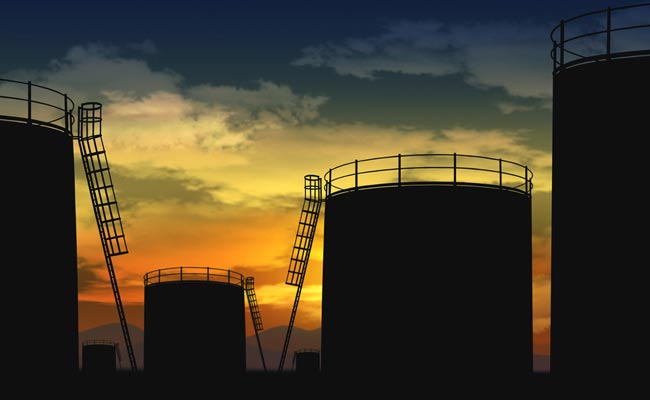 Bhubaneswar: India’s largest strategic petroleum reserve at a cost of Rs 10,000 crore will come up at Chandikhol in Odisha’s Jajpur district.

Sources said the reserve will be an underground facility spread over about 400 acres of land which the odisha government will provide for the establishment.

When the price of fuel in the international market is low, at that point of time petroleum products will be kept reserved for future need for emergency, war like situation to increase energy security in India.

This was disclosed by Union Petroleum Secretary Tarun Kapoor during a discussion with Odisha Chief Secretary S C Mohapatra and other Oil PSUs and stakeholders.

Kapoor who is on a visit to Odisha, announced a host of projects to be taken up in the State including the expansion of Indian Oil Corporation Limited’s (IOCL) capacity expansion from the present 15 MTPA annum to 25 MTPA.

Kapoor said, “Out of the nine refineries of IOCL in the country, the Paradip Refinery is the most modern and advanced with a complexity index of 12.5, the highest in India.

He said the Indian Oil’s Paradip Refinery with a capacity of 15 MMTPA was commissioned in the year 2016 at a cost of Rs. 34,555 crores.

With Indian Oil’s refinery in place, Paradip is now envisioned as the energy gateway to Eastern India.The Major Petroleum product Supply Points which cater to the energy needs of Odisha’s economy are Paradeep, Jharsuguda, Somnathpur, Bhubaneswar.

Indian Oil ,he said, has constructed a dedicated bunkering pipeline from it’s terminal to the Paradeep port premises to seamlessly facilitate the fuelling needs of growing marine traffic.

Kapoor said due to the strategic position of Paradip, the IOL has decided to expand its capacity. The refinery will not only cater to the domestic demand but has the potential to act as an export hub for South-East Asia too.

He said the IOCL has proposed to establish 200 bio-gas plants in the State.The Petroleum Ministry has plans to invest Rs 92.556 crore in 10 big projects in the State.

Out of which already completed 25 projects (inclusive of major/minor new & augmentation projects) worth Rs. 43,322 crore have been completed while 34 on-going projects at total cost of Rs. 77,331 crores are on and and 10 proposed projects at a cost of Rs. 92,556 crore.

Kapoor said over 47.36 Lacs people have been benefited in Odisha from Pradhan Mantri Ujjawala Yojana (PMUY).He announced that a new LPG Import facility at Paradeep will be shortly commissioned during May 2021

In line with the vision of Atma Nirvar Bharat, A Bio Ethanol plant is being set up at Bargarh in Western Odisha by BPC to meet the requirements of 10 percent ethanol blending in MS.

The Oil Industry,he said, has started the supply of ethanol blended MS in the state and shall achieve the targeted 10 percent blending with MS during the year 2021-22.

The Paradip Raipur Ranchi Pipeline has been commissioned to facilitate product movement from Paradeep Refinery.

The Paradip Hyderabad Pipeline is likely to be commissioned soon. The Paradip-Haldia-Durgapur LPG Pipeline has been augmented and its extension to Patna & Muzaffarpur shall be completed shortly, he said

The City Gas Distribution projects are under way in various districts like Cuttack, Khordha and by GAIL, Gail Gas, Adani and Bharat Petro resources.

The Oil Industry,he said, is committed and is continually assessing and improving its Infrastructure to meet the energy requirements of Odisha in its march towards the ‘Purvodaya Vision’ of the government and the all-round development of the State.