Earlier, the producer of ‘Bhediya’, Pooja Vijan, also contributed a sum of Rs 51,000 for the fire victims. 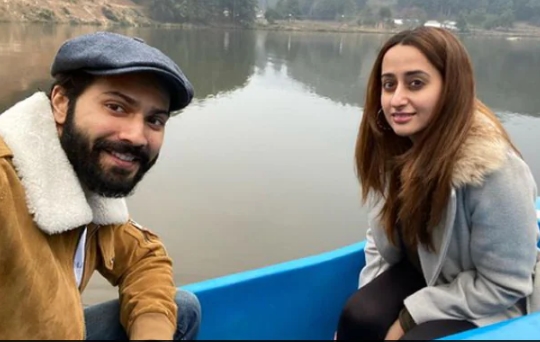 Itanagar: Bollywood actor Varun Dhawan and his wife Natasha Dalal have donated Rs one lakh for the fire victims of Arunachal Pradesh’s Tirap and Longding districts.

The amount was received by Deputy Commissioner Somcha Lowang, who was on her way to Tirap to meet the victims and handover the amount of Rs 2, 06, 809 received from the voluntary donation organised by district administration in collaboration with the Apatani students union.

Earlier, the producer of ‘Bhediya’, Pooja Vijan, also contributed a sum of Rs 51,000 for the fire victims.

The Badlapur fame actor has been camping at Ziro in Lower Subansiri district of Arunachal Pradesh since February, shooting for his highly-anticipated horror comedy drama Bhediya.