President of India Ram Nath Kovind called it a "tragedy for the whole humanity". 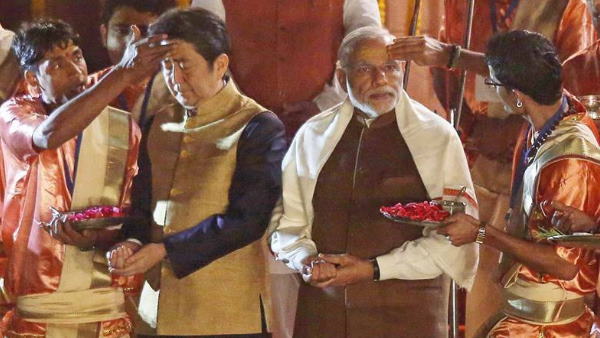 India declared a one-day national mourning on July 9 for Abe.

President of India Ram Nath Kovind called it a “tragedy for the whole humanity”.

“I find it difficult to believe that Shinzo Abe is no more. He was a great statesman, and his infectious affability endeared him the world over,” said Kovind.

“That he fell prey to an assassin’s bullet is a tragedy for the whole humanity. My heartfelt condolences to his family and people of Japan,” he said.

Prime Minister Narendra Modi said he was “shocked and saddened beyond words” over the assassination of former Japanese Prime Minister Shinzo Abe, who he described as “one of my dearest friends… a towering global statesman, an outstanding leader and a remarkable administrator”.

“He dedicated his life to make Japan and the world a better place,” Modi said in a string of tweets after Abe was shot and killed while addressing a campaign rally in the Japanese town of Nara.

Home Minister Amit Shah said he was “pained to learn about the assassination of the former PM of Japan and India’s valued friend, Shinzo Abe”.

“His efforts in strengthening the India-Japan relationship will always be held fondly in our memories. My deepest condolences to his family, followers & the people of Japan,” Shah said.

“A sad day for Japan, for India,the world and for me personally. A quarter century of memories of Shinzo Abe. No words to express them,” he said.

Defence Minister Rajnath Singh said India has lost a close friend who assiduously worked towards strengthening the bilateral relations between India and Japan during his tenure as Prime Minister.

“I met with Mr Abe during my visit to Japan in 2019. I found him to be an inspiring leader who had the vision to create a safe and better world. He will always be remembered for his statesmanship. Our prayers and thoughts are with the bereaved family,” said Singh.

Congress President Sonia Gandhi said she was “shocked at the assassination”.

“For many years, Mr. Abe was a great friend and well-wisher of India. He did much to expand and deepen the bilateral relationship between our two countries. I recall my meeting with him very fondly and vividly. It is a huge misfortune that has befallen upon Japan and indeed, the entire international community. He will be sorely missed,” she said.

“His role in strengthening the strategic relationship between India and Japan was commendable. He leaves behind a lasting legacy in the Indo-Pacific.” he said.

Congress General Secretary Priyanka Gandhi meanwhile said “Violence is the language of cowards, it can never overpower the good.”

“Abe was an exceptional human being, his way was that of peace and kindness,” she said.

Japan’s former prime minister Shinzo Abe was shot this morning while campaigning for a parliamentary election in the Nara region of Japan.