India needs to put behind era of seeking approval from other countries: EAM

He said: “If I were to pick a single thing we've made a difference to the world in the past 75 years, it is the fact that we are a democracy. 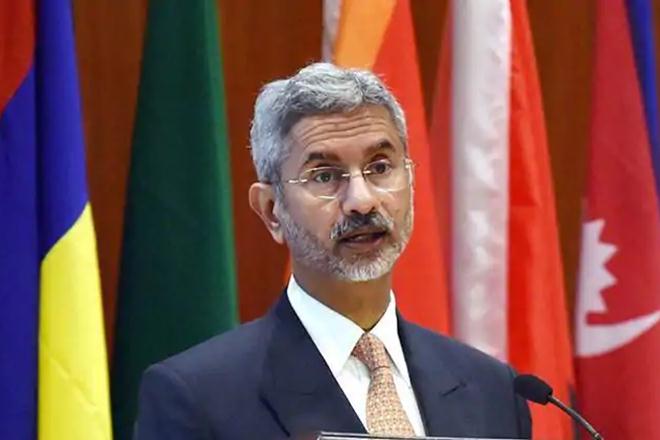 New Delhi: External Affairs Minister S Jaishankar on Wednesday said that India needs to put behind the era of seeking approval from “other quarters” on how it is perceived, and that the country needs to build its capabilities in every sphere in the next 25 years.

Speaking at a session on India@75 at the Raisina Dialogue, the EAM also said that while India has been an example of democracy in South Asia, it would now like to see more prosperity in the region, and help other countries in the process of achieving it.

Asked what he often hears during his interactions around the world, on what “befuddles and excites them” about India, the EAM outlined the vision of the country over the next 25 years. He said while looking at India at 75 “we are also looking at another 25 years ahead–what have we done, where we have we fallen short and what we want to do”.

Highlighting India’s democracy, he said: “If I were to pick a single thing we’ve made a difference to the world in the past 75 years, it is the fact that we are a democracy. If today there is a sense in the world for all the ups and down in history, there is the gut sense that democracy is in some form the future, a large part is due to the choices India made and stuck to through difficult situations; and there was a time in this part of the world, when we were pretty much the only democracy.”

“So if democracy is global today or we see it as global today I think in some measure the credit is also due to India.” On the drawbacks, he said that in the past 75 years India has not paid enough attention to its social indicators and human resources as it should have, and also fallen short by not concentrating enough on its manufacturing strengths and technology.

“In Foreign Policy, in the mix of various elements, we didn’t give as much importance to hard security as we should have,” he said, adding that it was not a criticism of the past governments.

“Other countries did this and that is why they are ahead, and these are the areas we are trying to correct now.” On the future road, he said: “What we should be doing in the next 25 years is capability, capability and capability in every possible way, be fixated on outcomes and be practical about how we leverage the international environment. A lot of conversations abroad is on capability building.”

“The second is, how we are perceived abroad; we have to be confident about who we are. It is better to engage the world on the basis on who we are rather than try and please the world as a pale imitation of what they are.

“The idea that others define us, and somewhere we need to get approval of other quarters, is an era we need to put behind us; and definitely in the next 25 years, we will be even more deeply international in terms of our commitments, our responsibilities and role than what we are,” he added.

He expressed hope that India would be at the forefront of “the right kind of globalisation, more decentralised, more fair, which works for everybody, and one which is not leveraged and not weaponised“.

Asked what India is seeking from the world, he said that India “should not be looking at the world with a sense of entitlement”.

“We need to earn our place in the world, and which to a certain extent should be on how does the world benefit by the growth of India, we need to demonstrate that — in the talk of reliable, resilient supply chains and of transparency and trusted technologies if India could do more and show that the rest of the world benefits by India being bigger.”

To a question on wheat exports, he said that India has a significant wheat production and would like to go into the global market, to compensate for shortfalls, and that it is in talks with Egypt on the issue.

To questions on the Ukraine issue, he reiterated India’s stand that “to our minds the best way forward is to focus on stopping the fighting and getting the talking and finding ways of moving forward, and we think our position our choices are best placed to advance that”.

On how India sees South Asia in the next 25 years, he said: “We would like to see more prosperity in South Asia, and if India has been in a sense an example of democracy, as a promoter of democracy in South Asia, we would now like to be part of a larger lifting tide so that the rest of South Asia grows along with us.”