Separatist insurgents and terrorists in the Union Territory of Jammu and Kashmir, the Northeast, and Maoist-affected areas committed serious abuses, including killings and torture of armed forces personnel, police, government officials, and civilians, and recruitment and use of child soldiers, it said. 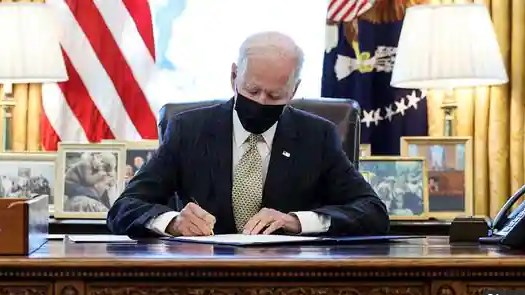 Washington: India has several significant human rights issues, including restrictions on freedom of expression and the press, corruption and tolerance of violations of religious freedom, a report of the US state department said on Tuesday. The report notes that the government has taken steps to improve the human rights situation in Jammu and Kashmir and restore normalcy in the former state, which was split into two union territories after its special status was scrapped in 2019.

In its ‘2020 Country Reports on Human Rights Practices’ to the US Congress, the Department of State noted what it called an improvement in the human rights situation in Jammu and Kashmir, the PTI reported.

“The government continued taking steps to restore normalcy in Jammu and Kashmir by gradually lifting some security and communications restrictions,” said the State Department in its India section of the report. The government released most political activists from detention, it added.

In January, the government partially restored internet access; however, high-speed 4G mobile internet remained restricted in most parts of Jammu and Kashmir. The government began a process to redraw electoral constituencies but did not announce a timeline for local assembly elections. Local district development council elections took place in December in which a coalition of Kashmiri opposition parties won the majority of seats, the report said.

Separatist insurgents and terrorists in the Union Territory of Jammu and Kashmir, the Northeast, and Maoist-affected areas committed serious abuses, including killings and torture of armed forces personnel, police, government officials, and civilians, and recruitment and use of child soldiers, it said.

The US State Department in its report listed more than a dozen significant human rights issues for India. Prominent among them are unlawful and arbitrary killings, including extrajudicial killings perpetrated by police; torture and cases of cruel, inhuman, or degrading treatment or punishment by some police and prison officials; arbitrary arrest and detention by government authorities; harsh and life-threatening prison conditions; political and prisoners or detainees in certain states.

India has in the past rejected similar reports alleging human rights violation.

The US report mentioned restrictions on freedom of expression and the press, including violence, threats of violence, or unjustified arrests or prosecutions against journalists, use of criminal libel laws to prosecute social media speech, censorship, and site blocking.

“The government generally respected this right, although there were several instances in which the government or actors considered close to the government allegedly pressured or harassed media outlets critical of the government, including through online trolling.”

“There were also reports of extremists perpetrating acts of killing, violence, and intimidation against journalists critical of the government,” the US State Department said.

“In certain cases local authorities arrested or filed cases against individuals under laws against hate speech for expressions of political views. The harassment and detainment of journalists critical of the government in their reporting or social media messaging continued,” the report said.

The report also mentioned the conviction of lawyer Prashant Bhushan for criminal contempt of court for two tweets that criticised the Chief Justice and the role played by the Supreme Court in the past six years, and a complaint filed against news website ‘The Wire’ editor Siddharth Varadarajan for his tweet referencing a news report on Uttar Pradesh Chief Minister Yogi Adityanath.

Among other human rights issues by the State Department include overly restrictive rules on nongovernmental organisations; restrictions on political participation; widespread corruption at all levels in the government and lack of investigation of and accountability for violence against women.

In its report, the US State Department also talks about tolerance of violations of religious freedom; crimes involving violence and discrimination targeting members of minority groups including women based on religious affiliation or social status; and forced and compulsory child labour, as well as bonded labour.