Shaheen Afridi and Mohammad Rizwan of Pakistan, England's Joe Root and Kane Williamson from New Zealand have been nominated for their impeccable achievements in 2021. 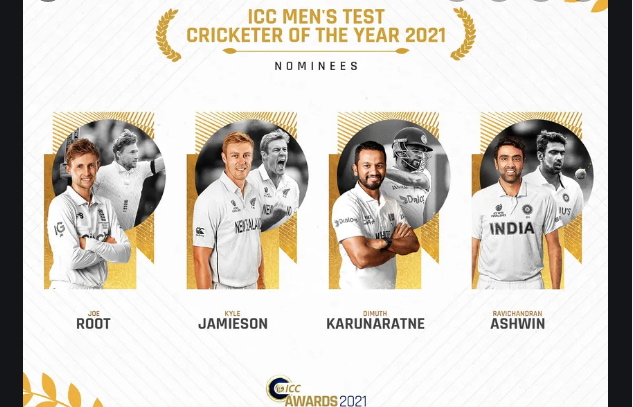 Dubai: The International Cricket Council (ICC) on Friday announced nominations for the Sir Garfield Sobers Trophy – ICC Men’s Cricketer of the Year. Two Pakistani cricketers have made the cut.

Shaheen Afridi and Mohammad Rizwan of Pakistan, England’s Joe Root and Kane Williamson from New Zealand have been nominated for their impeccable achievements in 2021.

Pakistani pacer Afridi claimed 78 wickets in 36 internationals at an average of 22.20, with the best bowling figures of 6/51.

The bowling sensation reached his peak during the T20 World Cup in the UAE where he impressed one and all with his speed and skills.

He scalped seven wickets in six matches in Pakistan’s run to the semi-final.

Wicket-keeper batsman Rizwan has scored 1,915 runs in 44 internationals at an average of 56.32 with two centuries. Also, he has 56 dismissals to his credit.

Apart from his exploits with the bat, he was as solid as ever behind the stumps, playing a key role in Pakistan’s run to the semis during the T20 World Cup.

Despite failing to convert his starts into big scores, Root continued being England’s best batter against Australia in the first three Ashes Tests.

His performance helped him reach the summit of the ICC Test Player Rankings for batting, where he would be eventually displaced by Marnus Labuschagne.

Kiwi batsman Williamson scored 693 runs in 16 internationals at an average of 43.31 with one century in 2021. His influential leadership helped the Black Caps scale unchartered heights during the year.

Williamson played a crucial role with the bat in the World Test championships final, scoring a vital 49 followed by an unbeaten 52 in a run chase of 139, taking his side home before lifting the mace.

His tactical mind helped New Zealand reach the final of T20 World Cup where he played 85 off 43 balls but could not propel his side to a victory.