How the US shaped Rishi Sunak?

The 42-year-old has made the California chapter of his biography a key part of his public persona, reports BBC. 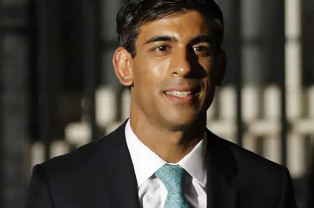 London: Rishi Sunak, the UK’s new Prime Minister, points to his time in the US studying and working as a defining part of his life.

The 42-year-old has made the California chapter of his biography a key part of his public persona, reports BBC.

He frequently cites his time there in his 20s and early 30s to burnish his credentials as a business-savvy leader.

“I have lived and worked in California and I actually think it’s one of the reasons that I would be good at this job,” he told the BBC last month while running for the Conservative leadership.

“Because what I will bring to this job is a way of thinking that is different. When we think about growth and in a modern economy, how do you drive growth — you drive it through innovation. Because of my experience I know how to build that type of economy.”

Sunak started his years in America at Stanford University’s Graduate School of Business as a Fulbright Scholar, heading to Silicon Valley in 2004 as the Internet boom was under way, the BBC reported.

The programme, which admits roughly 400 students per year, has a reputation as the most exclusive business degree in the country.

Among the classes Sunak took was “The Paths to Power”, intended to help students understand power and how to wield it effectively.

He did not earn any particular academic distinctions and his professor in that class was unable to recollect him — understandably, given he taught 100 students a year.

But a more life-changing landmark in those early US years occurred when he met his wife Akshata Murty, daughter of the founder of Indian tech firm Infosys, BBC said.

Classmates at the time have told biographer Michael Ashcroft that they were a “power couple” on campus.

Derrick Bolton, who was assistant dean of admissions from 2001-16 and remains friendly with the couple, says Sunak entered the programme “very self-assured”.

Earlier this summer, the couple invited Bolton to Downing Street for tea, where they lived in Sunak’s capacity as chancellor. They showed their visitor exhibits on former chancellors and served biscuits marking the Queen’s Jubilee.

“Despite the lofty titles and significant responsibility, they are the same two lovely people they were as students — open and kind and humble and remarkably self-effacing,” he said. “They’re very low-key, very chill.”

Sunak focused on the US, participating in the firm’s bitter 2008 fight with the leaders of America’s CSX freight railroad.

In 2009, in the wake of the financial crisis, top leaders at TCI left to start their own firm Theleme and took Mr Sunak with them.

He became part of a team of two based in Santa Monica, a beach-side city just outside of Los Angeles.

He invested in companies such as Rupert Murdoch’s News Corp and started to put down ties to the area, joining the board of the local Boys and Girls Club, a charity which runs after-school programmes and other activities for needy children, the report said.

Sunak ultimately left the US, won a seat in the UK Parliament in 2015 and started his rapid ascent in British politics. But his California years have remained a frequent touchstone.

The years in the US also informed his decision to back Brexit, he told the BBC in 2019.

Sunak and his wife continue to maintain a flat in Santa Monica, which they regularly visit. But his ties to the US have at times caused an outcry.

This year, it emerged he had retained his Green Card, giving him the right to live and work in the US as a permanent resident. He returned it in October last year, ahead of his first American trip as a government Minister.

The disclosure occurred around the time it was revealed his wife did not pay taxes as a UK resident.