"It looks like a case of suicide, but we are continuing to probe. We'll know better once we have the autopsy report and have questioned people," Chinmoy Biswal, Delhi Police spokesperson, said. 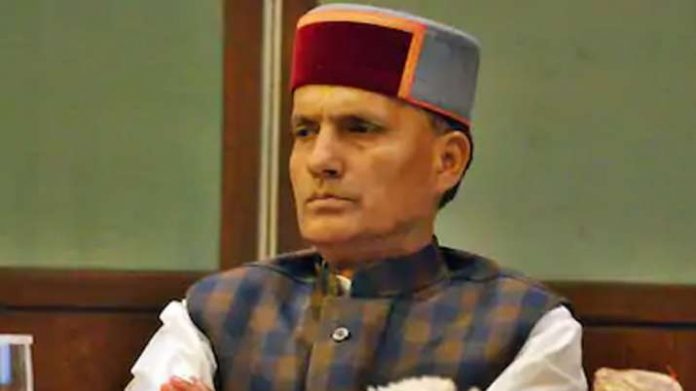 According to Delhi police, a call was received from one of his staff members following which a team was rushed to his residence. “The door was closed from inside. The MP was found hanging,” police said, adding that no suicide note was recovered from the spot.

The 63-year-old leader was then immediately rushed to a hospital where doctors declared him brought dead. “It looks like a case of suicide, but we are continuing to probe. We’ll know better once we have the autopsy report and have questioned people,” Chinmoy Biswal, Delhi Police spokesperson, said.

Sharma was elected from the Mandi parliamentary constituency for the second time in 2019. Earlier, in 2014 he entered Parliament by defeating former Himachal Pradesh chief minister’s wife Pratibha Singh by 39,796 votes.

Revered as a ‘silent and dedicated worker’ of the saffron party, Sharma, before being elected as a parliamentarian, served as the party general secretary or Saganthan Mantri of State for several years. He also served as a vice-chairman of the State Food and Civil Supplies Corporation.

As the news of unfortunate incident surfaced in the media, condolences from several corners of the political factions started pouring in.

Condoling the demise, Himachal Pradesh Chief Minister Jairam Thakur said, “This was not the time to go, brother Ram Swaroop Sharma,” he said remembering the departed leader as a popular, simple and an honest MP. “This moment is very heartbreaking and sad,” he added.

Union Home Minister Amit Shah expressing his condolence of over Sharma’s demise said that he is “deeply distressed”. “In this hour of grief, I express my condolences to his family and pray to God for the peace of the departed soul,” he said.

Union Finance Minister Nirmala Sitharaman tweeted, “Shocked to know that Shri. Ram Swaroop Sharma, MP (Mandi, HP) is no more. No words to express my grief. My prayers that his family, friends, followers have the strength and fortitude to bear this loss.”

Meanwhile, the Lok Sabha was adjourned for two hours after Speaker Om Birla informed the House of the incident.