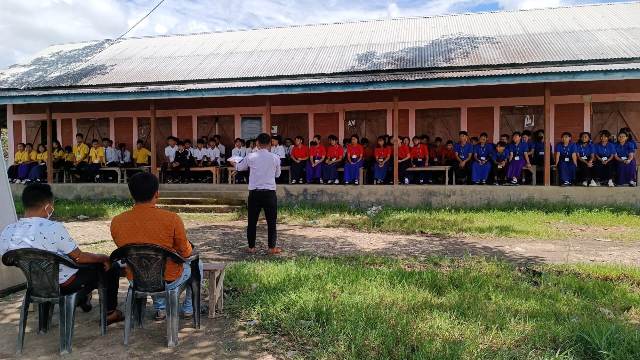 Bishnupur: In keeping up with the Har Ghar Tiranga Campaign in the district as part of the Azadi Ka Amrit Mahotsav, Zonal Education Officer (ZEO), Zone IV, Bishnupur, Saturday organized various activities in different schools of the district.

Slogan Writing Competition on ‘Patriotism, Nationalism’ and Painting Competition on the theme ‘India’s Struggle for Independence’ was norganized Saturday at Ningthoukhong Sardar Patel High School. Students of Class VIII to XII participated in the competition.

The Har Ghar Tiranga campaign in Bishnupur had so far witnessed participation from as many as 25 schools and 223 students ever since its rollout in schools and colleges from August 5. Similar activities under the campaign will continue till August 10 whereas prizes to the winners will be distributed on August 15.

Mention may also be made that the hoisting of the National Flag in all schools and Prabhat Pheris (State Song) by schools with placards, audio songs, catchy slogans and flags are further lined up from 13 to 15 August.