“We demand the arrest of Sen and to make him responsible for any future attack on any on-duty civil servant in the state,” employees’ leaders stated. 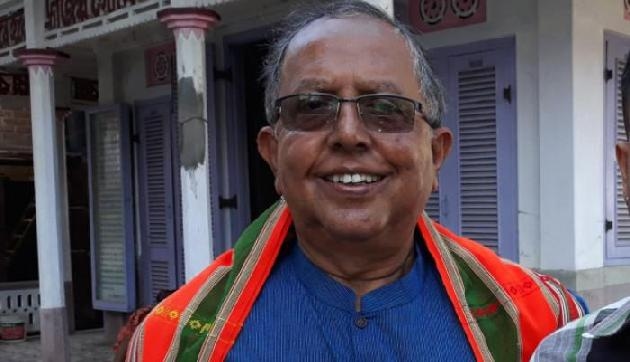 Agartala: Besides, opposition Congress and Trinamool, Tripura government employees federation have demanded action against Deputy Speaker of Tripura legislative assembly Biswabandhu Sen for his instigation to assault the employees whoever is not willing to work as per BJP’s wish.

Allegedly, Sen while addressing Yuba Morcha cadres in Dharmanagar of North Tripura last Friday advised to ‘break the bones’ of such employees who are still active for CPI-M. A maximum of 60-65 such employees are working in SDM’s office, DM’s office, electric office and transport office who are getting salary without performing any duty years after year.

“We have to break the bones of those and teach them a lesson to restrain them from going against us but to propagate the good deeds of the Biplab Deb government,” Sen was heard of speaking in the gathering adding that these employees always talk only of salary, DA, increment and do precious little as part of their duties.

He further stated, “They are all agents of evil forces like the CPI (M) and work against the state government; you should break their bones following the example of our workers and supporters who chastised 60/70 of them in the past.”

The speech went viral on social media for the last few days and the employees federation has urged the government to step up the security of the government employees working in various departments, as the sanction for violence from Deputy Speaker will be sacrosanct for the criminals and corrupt individuals who have been trying to obtain illegal favour from the employees.

“We demand the arrest of Sen and to make him responsible for any future attack on any on-duty civil servant in the state,” employees’ leaders stated.

Meanwhile, Trinamool leader Subal Bhowmik termed the statement of Sen as an instigation to create unrest and utter disrespect to the service provider. Such utterance can only be possible when politicians lose faith and grip on their followers and it exactly happened to Sen after the arrival of TMC in Tripura, Bhowmik said adding that they would pursue it at the appropriate level.

The Congress leader Tapas De wrote to the Governor stating that it’s a dangerously provocative and uncouth speech delivered by the deputy speaker, Coming from an elected representative and deputy speaker of the assembly this is not only unexpected but unparliamentary and unbecoming of the position of deputy speaker who is supposed to set examples of decent behaviour and healthy discourse.

“But what Biswabandhu Sen has done is a travesty of parliamentary and good behaviour which demands action. Leaving aside these lofty things, Biswabandhu Sen’s speech was highly provocative and destabilizing, Dey told the Governor. I demand the removal of Biswabandhu Sen from the post in the interest of democracy,” De to in the letter to Governor.

The CPI-M has sought the attention of the High Court on the open threat of Biswa Bandhu Sen, holding the constitutional post and swearing oath of upholding the spirit of peace and tranquillity. They considered the speech of Sen as an utter violation of the Indian constitution and indulging the anti-social elements and criminals to attack the government employees whoever they found not suitable for them.

However, Sen claimed that his speech has been interpreted in a distorted manner and said, “I didn’t intend to instigate the public or party workers rather I wanted to tell our workers how a small section of employees destroying work culture and creating a problem for the public with a politically motivated manner but unfortunately, some parties and group trying to do politics.”