During the investigation, it came to notice that she was 19-year-old and was a resident of Kalandar Colony. 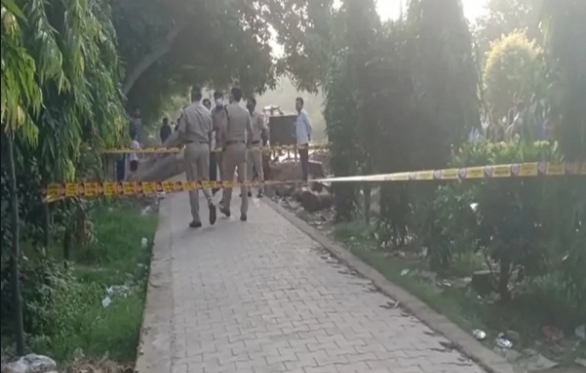 New Delhi: A girl was found dead in a park opposite Nand Nagri Depot in northeast Delhi, Police said on Sunday.

Police received a PCR call at 6:15 am, regarding the dead body of a girl in a park, after that cops rushed to the spot and shifted the girl to GTB hospital where she was declared brought dead, said Police.

In a preliminary medical examination, an apparent mark of strangulation has been found on the neck and some cut marks have also been found on her both hands.

During the investigation, it came to notice that she was 19-year-old and was a resident of Kalandar Colony.

Police said that she was allegedly a drug addict and was associated with the people having police records and involved in drug peddling.