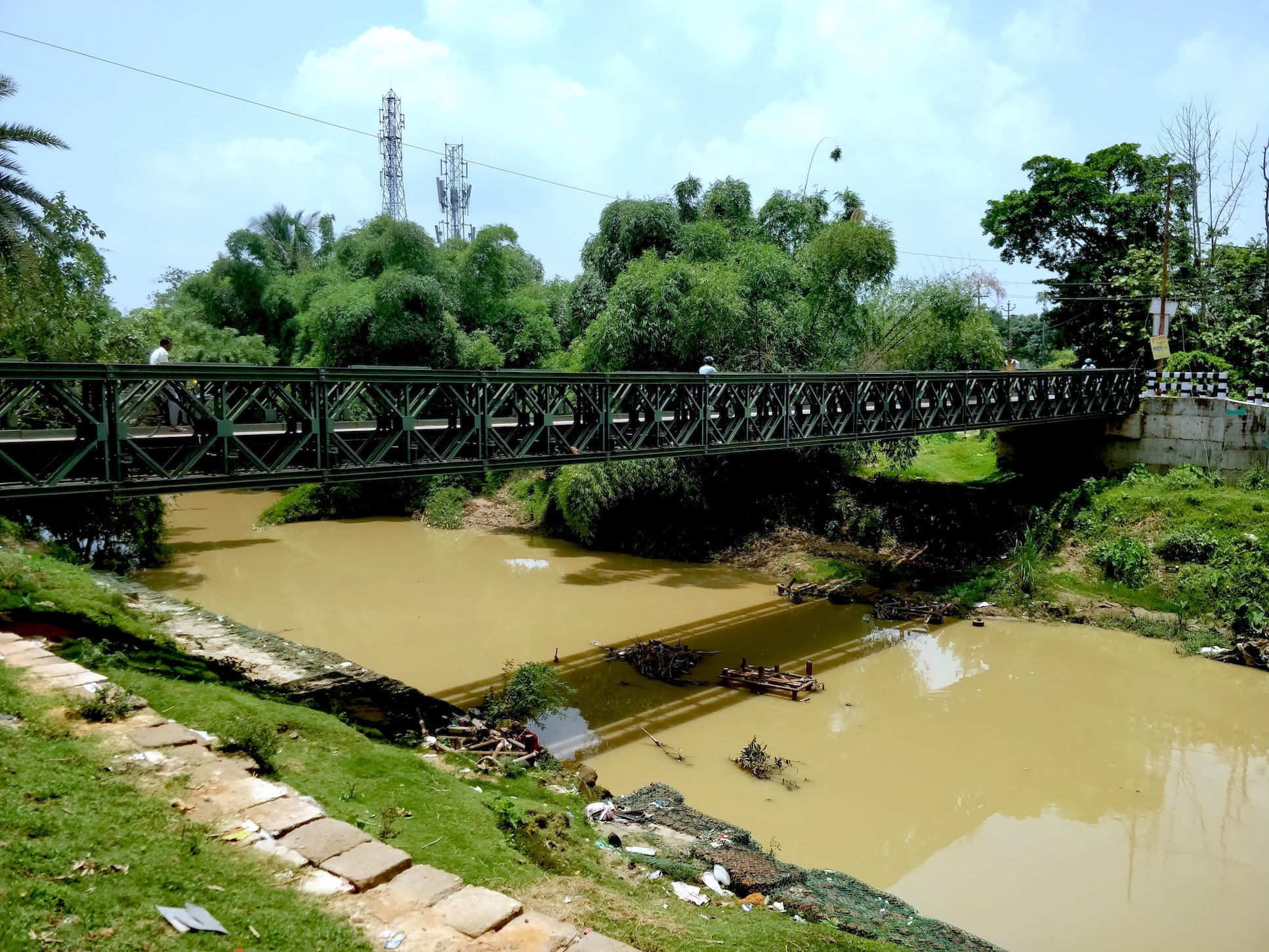 The team including experts from the National Institute of Urban Affairs held several rounds of discussion with Chief Executive Officer (CEO) of ASCM Dr Sailesh Kumar Yadav over the progress of the project and interacted with the beneficiaries who have been rehabilitated in a decent location from the bank of River Haora.

Dr Yadav said the France delegates expressed satisfaction over the implementation strategies of River Front Development project after interacting with the first person Gangesh Chakraborty who had decided to shift from the river bank when most of the people of the cluster of 37 families were having some resistance.

The Howrah River flows through Agartala and is the major source of potable water for over five lakh city dwellers. However, in recent years pollution of River Haora due to open defecation has posed a serious threat to the city administration, which was primarily because of human settlement at the river bank and raises of slums.

The ASCM with the aid of the FDA formulated the project to develop Haora riverfront, as a space for recreation, business and biodiversity conservation due to the rapid growth of the city’s population, the greenery of the city is gradually decreasing and citizens are demanding leisure and amusement facilities, soil erosion in over a century-old earthen embankment of Haora River, disposal of untreated sewage from the houses and uncontrolled disposal of solid waste in the river.

Under the project a sustainable waterfront environment along Haora has redefined the identity of Agartala as a tourist destination, enable the growth of a sustainable economy by way of organic gardening, control soil erosion and flooding by strengthening the earthen embankment and finally arrested solid and liquid waste disposal by developing sewage and solid waste management system, Dr Yadav stated.

The FDA is funding for achieving components of the project, including strengthening the embankment of River Haora, provision for adequate sanitation and solid waste management facilities, development of an event area, market area, amusement park, riverfront walkway and parking facilities, provision of water recreation facilities and plantation of organic fruits and vegetable gardening and urban forestry.