Dr. Regmi, a renowned Historian of Nepal, had also participated in India's struggle against the British. The programme was organised by the Nepal Ministry of Education and Technology. 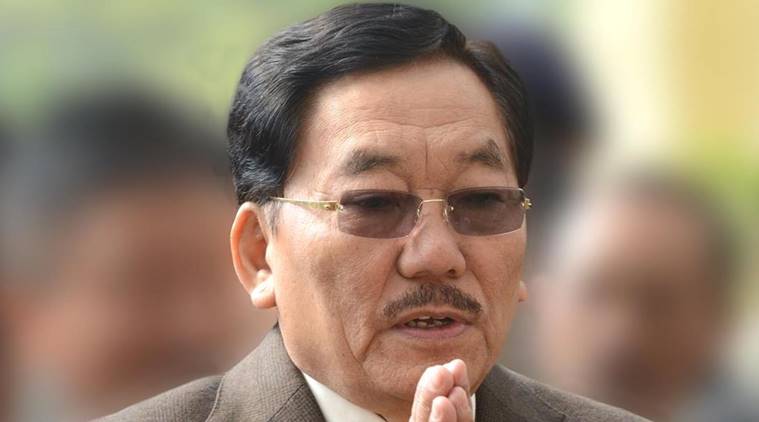 Dr. Regmi, a renowned Historian of Nepal, had also participated in India’s struggle against the British. The programme was organised by the Nepal Ministry of Education and Technology.

Speaking at the programme, Chamling urged Nepal to go for organic farming and include Environment with Organic Farming as a subject in the school curriculum.

‘We should get rid of consumerism and economic colonialism by making efforts at self-dependence. I urge authorities in Nepal to adopt organic Farming. When it was possible in Sikkim, why can’t it be done in Nepal? It is possible without encroachment by the world market.

“As non-chemical manure is used for such farming, the farmer concerned would automatically be compelled to domesticate cattle for cowdung and goats pigs and more. This would lead to increase in meat production and further self-dependence. It needs public participation and political will,” said Chamling.

‘ Whatever we have experienced should be bequeathed to our future generation,’ he added.