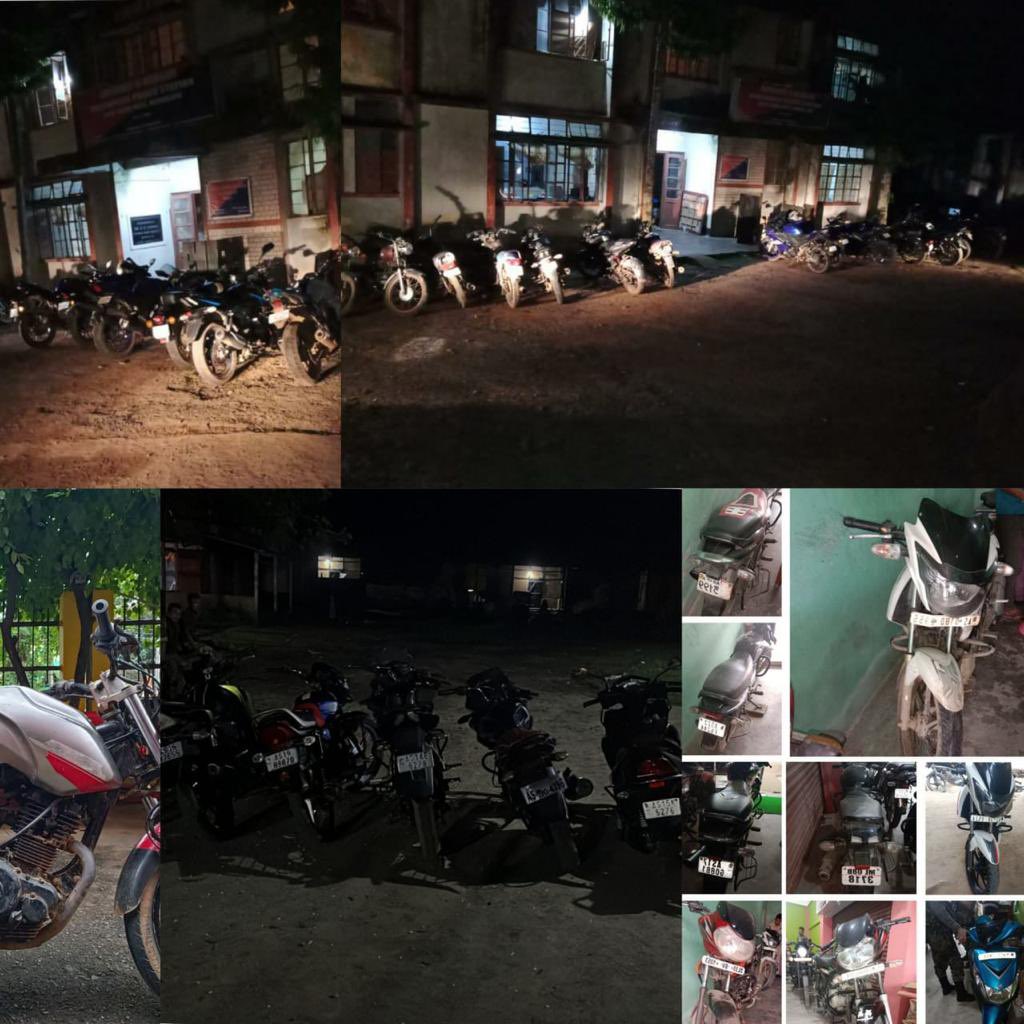 Tura: In a major breakthrough, Meghalaya police have arrested 17 thieves and recovered 45 stolen bikes and mobile phones from different locations in the state and Assam, a police official said on Thursday.

A police official said the SIT was authorised to investigate all undetected vehicle theft cases registered in the last five years.

“Through meticulous investigation conducted over the last four days, the SIT has recovered 45 stolen bikes and arrested 17 persons on charges of committing theft, robbery, dacoity, forgery, cheating and for habitually dealing in stolen bikes,” Rathore said.

Moreover, 17 mobile phones and other incriminating materials were also seized.

Rathore said the arrested persons also revealed that there are inter-state vehicle theft gangs operating across almost all districts of Assam and Meghalaya.

He said the bikes stolen from Assam are being sold in Meghalaya and vice-versa through garage mechanics and second-hand vehicle sellers.

“Through these recoveries, ten undetected case have been solved,” the police official said.

Rathore said a common feature detected during the investigation of all these cases is that the local residents of the West Garo Hills district are purchasing second-hand bikes as well as selling or exchanging them without proper documentation and without obtaining the vehicle enquiry report from the police.

He said some persons have purchased vehicles from online markets like OLX, Facebook through which stolen vehicles were advertised and sold.

“Registration certificates, engine and chassis numbers of most of the vehicles were tampered with to avoid detection by law enforcement agencies,” Rathore said and advised intending buyers and sellers to obtain police clearance beforehand to avoid unnecessary hassles at a later stage as the owner is liable for legal action if the vehicle is found to have been used for carrying out any criminal offence, traffic accident, etc.