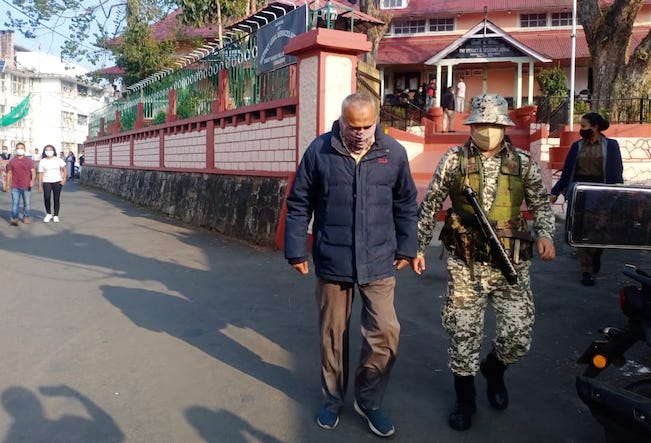 Shillong: A special POCSO court on Monday sentenced a former Meghalaya police official Nurul Islam to life imprisonment “for the remainder of his natural life” in a case for raping two sisters in South West Garo Hills district in 2013.

Islam, the former Officer in Charge of the Ampati Police Station, had been convicted last week. Pronouncing his judgment, Special POCSO Judge, F.S. Sangma imposed a fine of Rs 8 lakh to be paid to the two rape survivors.

Islam had molested and raped the two sisters inside his office chamber at the Ampati Police Station on the night of March 13, 2013.

On March 31, he raped the girl’s sister at gunpoint at their home in Chigitchakgre village under Ampati police station. Islam had threatened her with dire consequences if she reported the matter to anyone.

The Meghalaya government had dismissed Islam from service because of his involvement in the crime and for absconding after being accused of raping the two sisters.

Islam went into hiding after escaping from police custody on June 2, 2013, from a police quarter in Tura, the district headquarters of West Garo Hills and has been declared a proclaimed offender in the case.