The Mangdechhu Hydroelectric project which is a success story of India Bhutan cooperation in the Hydropower sector won the prestigious Brunel Medal-2020. 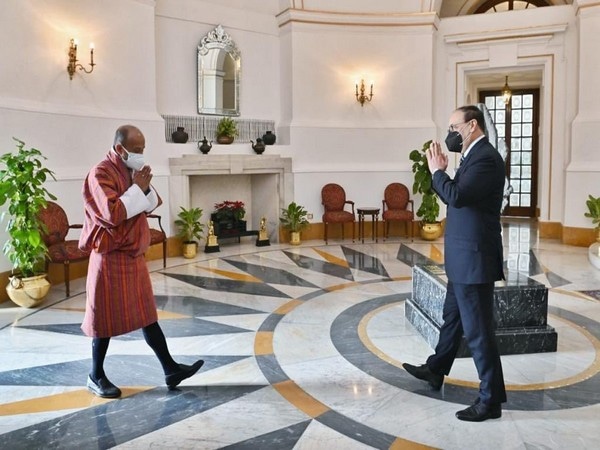 “Foreign Secretary @harshvshringla called on Lyonpo Loknath Sharma @BhutanMoea Minister for Economic Affairs of Bhutan of Bhutan during the Minister’s visit to India.

The Mangdechhu Hydroelectric project which is a success story of India Bhutan cooperation in the Hydropower sector won the prestigious Brunel Medal-2020.

In July 2020, the two countries formed their first-ever joint venture to develop a hydropower project – a 600 MW project to be located on the Kholongchhu river in Trashiyangtse district of eastern Bhutan. The project is to be developed by Kholongchhu Hydroelectric Limited, a joint venture formed between Druk Green Power Corporation of Bhutan and Satluj Jal Vidyut Nigam Limited of India. The project is expected to be completed in the second half of 2025.