Dima Hasao, Cachar and Hojai are the worst flood-affected districts in Assam. 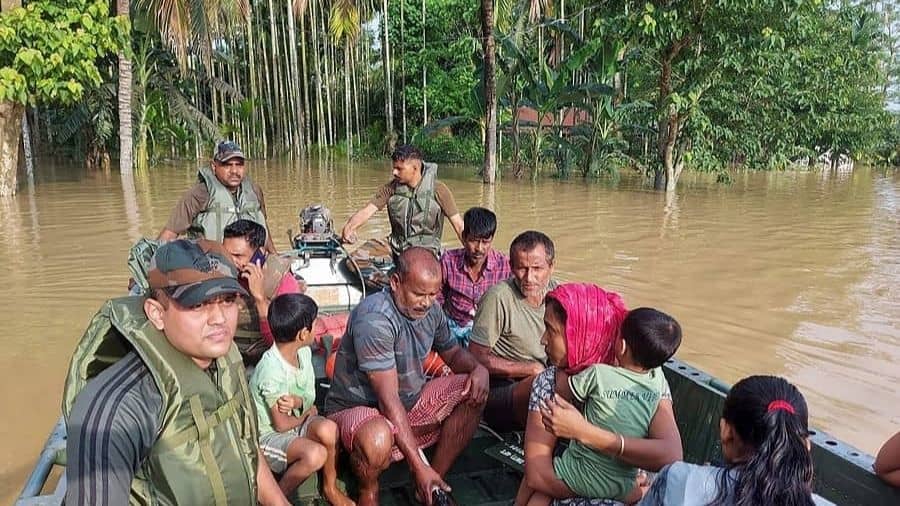 According to Assam State Disaster Management Authority (ASDMA) 6.6 lakh people across 27 districts of Assam have been affected by the floods and landslides.

Road and railway links to various parts of the state have been completely snapped due to floods. At least nine people have lost their lives in the deluge in Assam. Over 48,000 people being shifted  to 248 relief camps in 14 districts.

Assam government has announced a financial assistance of Rs 4 lakh each to the families of those killed in the floods. The Assam government has also signed an agreement with regional airline ‘Flybig’ to operate  planes in and out of Barak Valley at a ticket price of only Rs 3000.

The Assam government will bear the remaining cost of tickets. The Assam state disaster management authority (ASDMA) informed that 46160.43 hectares of  crop land have been destroyed in the current wave of floods.