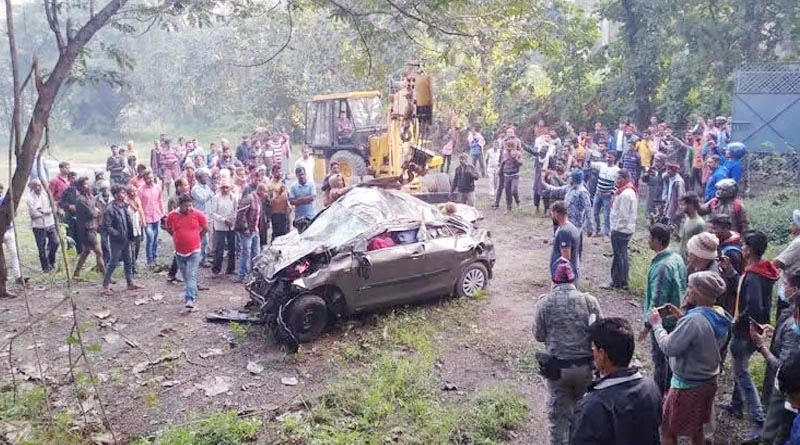 Dhanbad: Five members of a family including two women and a child lost their lives as a car in which they were travelling fell from a bridge located on NH-2 under the Govindpur Police Station area of this district on Tuesday morning.

The occupants of the vehicle were travelling from Ghatotand of Ramgarh to Asansol. Police said that the car was being driven at a very high speed due to which the driver lost control and it fell from a height of nearly 100 feet from the bridge.

Such was the impact of the incident that all the car occupants died on the spot. Upon receiving information a Police team with the help of locals took out the bodies which were later sent for postmortem to Shaheed Nirmal Mahto Medical College Hospital.

From the identity card recovered from the deceased, the men have been identified as Wasim Akram and Shakil.

Dhanbad SSP Sanjeev Kumar said that the occupants of the car hailed from one family and belonged to Mandu of Ramgarh district. He said that senior police officials have reached on the spot and kin of the deceased have been also informed.