The Finance Bill was approved by the Lower House after accepting 39 official amendments moved by Finance Minister Nirmala Sitharaman and rejecting the amendments proposed by the opposition by voice vote. 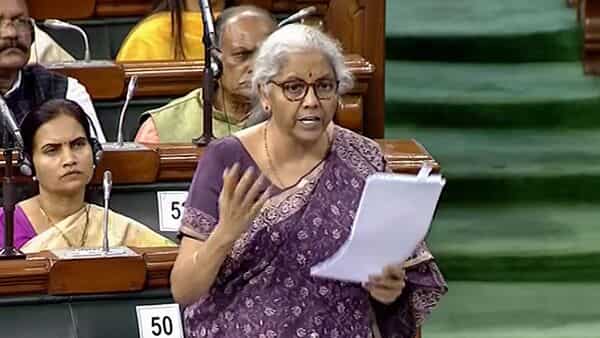 New Delhi: The Lok Sabha passed the Finance Bill on Friday, completing the Budget exercise, as Finance Minister Nirmala Sitharaman pointed out that the Budget did not put any extra tax burden on the people despite the economic downturn due to the pandemic.

The Finance Bill was approved by the Lower House after accepting 39 official amendments moved by Finance Minister Nirmala Sitharaman and rejecting the amendments proposed by the opposition by voice vote.

“This finance Bill has been received as being one of the boring one, but it is indeed a budget which did not burden the common public, but put the money where the multiplier would be maximum,” she said.

Responding to criticism by MPs on Corporate tax reduction, the Minister said it has helped the economy, the government and the companies “We are now starting to see the positive impact. We have already collected 7.3 lakh crore till yesterday, the reduction has given us a reward despite the year being pandemic year,” she said. Responding to questions on fuel price rise, the Minsiter blamed the Ukraine- Russia war.

“…It has nothing to do with the election time. If the oil marketing companies think that they are procuring on a 15 days average at a higher rate, obviously we will have to bear it. And this war that is happening in Ukraine, the impact of that is on all countries, supply chains are disrupted, particularly on crude oil and so on,” she said.

The Budget this year included new taxes on crypto assets, which was also passed in the Finance Bill. As some opposition members accused the government of creating confusion over crypto currencies, the minister in her reply said, “We are very clear. Whether we want to regulate or ban it, [we will decide] when consultations are concluded. But till then, we are taxing it as a lot of transactions are happening.”