Majumdar, 91, breathed his last at the SSKM Hospital where he was admitted on June 17 with a chest infection, and kidney and heart ailments. The end came at 11.17 am after a massive cardiac arrest. 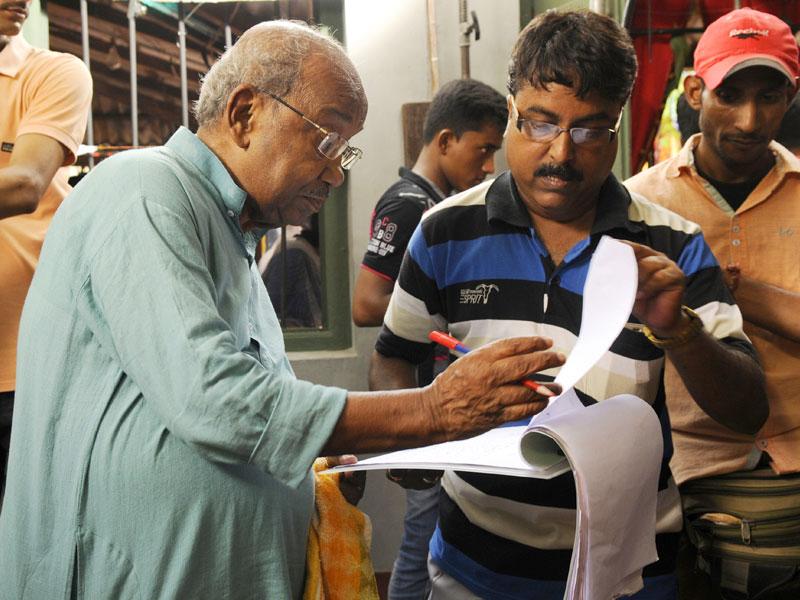 Majumdar, 91, breathed his last at the SSKM Hospital where he was admitted on June 17 with a chest infection, and kidney and heart ailments. The end came at 11.17 am after a massive cardiac arrest.

He was put on ventilation on Sunday after his condition worsened.

Majumdar, who churned out a large number of tastefully done films with evergreen box office appeal over a span of more than half a century, straddled both commercial and art-house cinema with effortless ease, picking up five national awards.

He was given India’s fourth-highest civilian honour Padma Shri in 1990, besides winning five Filmfare East awards.

Majumdar also remade two of his hit films (Balika Badhu, 1976) and Rahgir (1969, adapted from Palatak) in Hindi, but with limited success.

Born on January 8, 1931, in Bagura (now in Bangladesh), Majumdar made his filmmaking debut as a member of the directorial team Yatrik – that also included Sachin Mukherji and Dilip Mukherji – with the 1959 Bengali movie “Chaowa Pawa” that starred Uttam Kumar and Suchitra Sen in lead roles.

In 1962, the troika came up with “Kancher Swarga”, which won the national award as the best feature film in Bengali.

After directing two more films, including the classic “Palatak”, with Team Yatrik, Majumdar decided to go solo, and never had to look back, in the process etching his name in the history of Bengali cinema with his soulful representation of the culture and society of the linguistic community.

Many of his celluloid ventures were successful recreations of Bengali literary classics penned by eminent writers like Bimal Kar, Sharadindu Bandyopadhyay, Bibhutibhushan Bandyopadhyay and Tarashankar Banydopadhyay. They got both flourishing box offices and praise from the discerning cine-goers.

Majumdar married celebrated actress Sandhya Roy, who played vital roles in 20 of his films. The couple, however, separated later.

A salient feature of Majumdar’s films is the apt selection and aesthetic picturisation of songs, particularly Rabindra Sangeet, which are popular even to this day.

Throughout his career, Majumdar delved into multiple film genres including thrillers, drama and romantic comedy, and left his mark in each of them, with his mastery of storytelling.

The daily lives, emotions, the ebb and tide of relationships and struggles of the middle and lower-middle classes featured in a big way in his creations.

He also made a docu-feature on the issue of aforestation “Aranya Aamar” in 1984 that bagged a national award.

His swansong was a docu-feature “Adhikaar” (2018) that brought out the struggles of the teeming millions working in the country’s unorganised sector in pitiable conditions.