With Govindas’s resignation, the Congress, which won 28 seats in the 2017 elections, is reduced to 16 MLAs in the assembly. 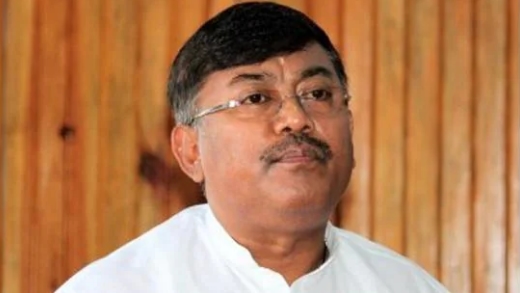 Imphal: In a huge setback to Congress, one of the most prominent figures in state politics, veteran and seasoned politician Govindas Konthoujam has resigned from the membership of State Assembly and primary membership of the party on Wednesday.

Resignation of the six-time MLA from Bishnupur Assembly constituency followed his early resignation from the post of Manipur Pradesh Congress Committee (MPCC) president on July 16. Assembly polls in the northeastern state are due in 2022.

Early during the day, Govindas also submitted his resignation from the Assembly to the Speaker, Y Khemchand which was reportedly accepted.

Confirming this, the assembly secretariat issued a bulletin in this regard. “Shri Konthoujam Govindas, elected from 26-Bishnupur Assembly Constituency has resigned his membership from the Manipur Legislative Assembly,” says secretary M Ramani Devi of Manipur Legislative Assembly in the bulletin. “Consequent upon his resignation,26-Bishnupur assembly constituency is now lying vacant with effect from Wednesday, the 28th July 2021.”

Congress had bagged more seats in the 60-member house than BJP in the 2017 state Assembly poll but had failed to cross the halfway mark and was unable to cobble up an alliance to form the government. The BJP had then managed to stitch up an alliance with other parties and came to power. Presently the House has an effective strength of 56 in which the BJP has 25 members and the Congress 17.

With Govindas’s resignation, the Congress, which won 28 seats in the 2017 elections, is reduced to 16 MLAs in the assembly.