"At the moment, the work is under way behind the scenes to develop an extensive package of economic and financial sanctions. In the event of an escalation, a very clear, unequivocal and quick response will follow," Schallenberg 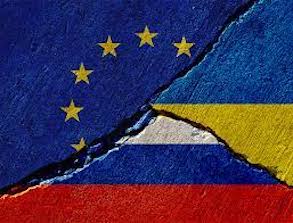 Vienna: The European Union is working on a new extensive package of economic and financial sanctions against Russia in case the situation around Ukraine escalates, Austrian Foreign Minister Alexander Schallenberg said.

“At the moment, the work is under way behind the scenes to develop an extensive package of economic and financial sanctions. In the event of an escalation, a very clear, unequivocal and quick response will follow,” Schallenberg told the Austrian newspaper Die Presse in an interview published on Saturday.

The foreign minister also did not exclude the possibility of Russia’s removal from the SWIFT interbank payment system. “Nothing is excluded from the discussion. Much will depend on what actually happens. If Russian troops invade Ukrainian territory on a broad front, then this will be the worst-case scenario. There are other scenarios as well: cyberattacks, or attacks by mercenaries without identification badges,” he said.

At the same time, Schallenberg again opposed sanctions against the Nord Stream 2 gas pipeline project. “We in Europe are dependent to a certain extent on energy from Russia. This is the reality, and Nord Stream 2 is not even a part of it yet. We will not change this in one night if we want to have heat and electricity,” the minister concluded. In the past few months, the West and Ukraine have accused Russia of amassing troops near the Ukrainian border in alleged preparation for invasion.

Russia said that it has no intention of invading Ukraine while stressing that it has the right to move forces within its own territory. Russia has also expressed concern over NATO’s military activity near its borders and the ongoing military support for Ukraine, including an increase in the number of Western instructors in Donbas. In December, the Russian government proposed a set of mutual security guarantees in Europe to NATO and the United States, with their response still pending.