Earth will be closest to the Sun on Jan 4 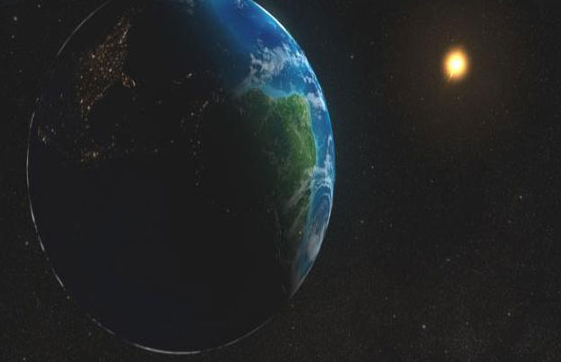 Hyderabad: Earth will reach the closest point to Sun on Tuesday, Planetary Society of India (PSI) said on Monday.

PSI Director N Raghunandan Kumar in a release said that Earth revolves around the Sun in an elliptical orbit. Due to this, at one point in time, Earth will get closest to the Sun.

Kumar said commonly it is believed that the distance of Earth to the Sun decides the season or temperature on the Earth. However, it is not true. Axial tilt (approx. 23.5 Degree) of Earth on its axis while revolving around the Sun regulates seasons on planet Earth with one of the Hemisphere facing away or towards the Sun.

At the beginning of the year, in the month of January, it is winter in most of the countries in the Northern Hemisphere when the Earth is at the closest it can get to the Sun at the beginning of the year 2022. Whereas it’s summer in Southern Hemisphere countries. Also in July when Earth is at the farthest point from the Sun it’s mostly hot in India & the neighbourhood compared to what it is in January.

This clearly shows Distance of Earth to the Sun doesn’t decide the season but its tilt during its yearly journey around Sun. Kumar said like every year, in 2021, the celestial event of Earth at Perihelion (Closest point) to Sun occurred on January 2, 2021. Whereas Earth at Aphelion (farthest point) to Sun occurred on July 6, 2021. So in the year 2021 compared to July six, Earth was 50,07,355 km closer to the Sun on January 2, 2021.

On the day of occurrence though people will not be able to notice or observe anything significant involving these three celestial events in January. It holds greater educational value and scientific awareness. Importantly people can understand that temperatures or seasons on Earth are not dependent on the distance of Earth to the Sun but axial tilt during its journey around the Sun.

Though not very rare, it’s interesting to note that three planets i.e. Earth (January 4) Mercury ( January 16) and Venus (January 23 ) will be at their closest point to the Sun in the month of January in the year 2022, he added.

A star with heartbeat & without magnetic field discovered