The election has become farced at the behest of the ruling party even after repeated directions from Supreme Court. 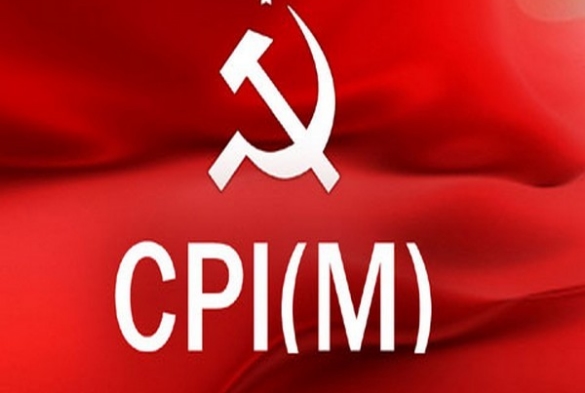 Agartala: Seeking action to countermand the civic poll of Tripura and large-scale malpractices during the polling today, hundreds of CPI-M supporters and the candidates of Agartala Municipal Corporation (AMC) sit-in demonstration in front of West Agartala Police station.

They raised slogans against police accusing them of helping the ruling party cadres in the polling booths and failing to provide security to the voters and the candidates of the opposition parties despite a series of directions from the Supreme Court. The CPI-M alleged that their polling agents of over 600 booths out of 644 across 13 polls bound urban local bodies were pushed out from the stations.

“We have been registering our complaints with returning officers and the police for last three days to ensure fair polling but no effective step was taken. The ruling party cadres openly warned non-BJP families not to go for casting vote and we have lodged specific complaints seeking action, nothing has happened. As a result, each of the polling booths turned into a battleground today,” alleged CPI-M state Secretary Jitendra Chowdhury.

Meanwhile, TMC State Convener Subal Bhowmik alleged despite sharing the specific details of the criminal, no action was taken; rather the BJP cadres came from outside openly obstructing the opposition voters from polling. The election has become farced at the behest of the ruling party even after repeated directions from Supreme Court.

As many as seven TMC candidates were prevented from voting and beaten up mercilessly in front of police in AMC areas. At least 13 people were injured in the violent attacks of BJP cadres who were brought from outside last night and media people were not allowed to do their duty independently, Bhowmik said adding, “We want direction from Supreme Court against such activities of a democratically elected government and hold fresh elections under the monitoring of the court.”