Several patients were evacuated as the smoke spread into Sunrise Hospital located on the third floor of the mall, which is a dedicated COVID-19 hospital. 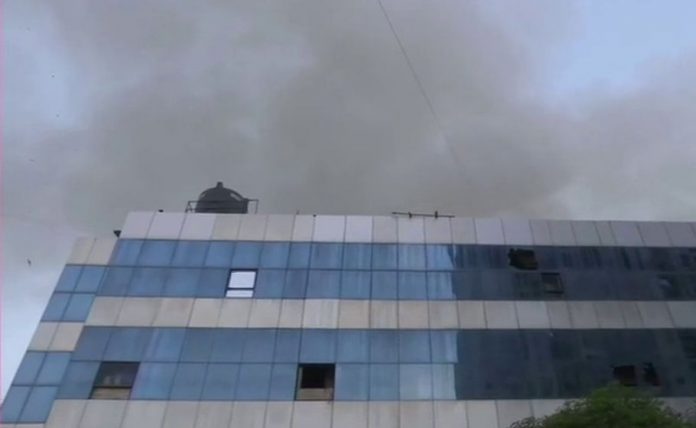 Mumbai: At least ten people were killed in a major fire that broke out at a private COVID-19 hospital in Mumbai’s Bhandup area on the intervening night of Thursday and Friday.

Several patients were evacuated as the smoke spread into Sunrise Hospital located on the third floor of the mall, which is a dedicated COVID-19 hospital.

As many as 76 COVID-19 patients were shifted from the hospital, which is located on the third floor of a mall in Mumbai suburb.

Twenty-two fire engines were rushed to Dreams Mall’s Sunrise Hospital last night when fire broke out at around 12:30 AM. More than 70 Covid patients were admitted to the hospital at the time of the incident; some of them were on ventilators. Officials have not yet confirmed the cause of the fire.

The Chief Minister said the hospital was temporarily allowed to treat Covid patients in the midst of the fight against the pandemic. “We have been fighting against coronavirus for the last one year. When the pandemic had hit the state, there were very few beds and ventilators but we continued our fight and we had set up temporary hospitals. This hospital was also allowed temporarily to treat coronavirus patients. The permission would have expired on March 31.”

Assuring action, Thackeray said: “I want to assure you that whoever is at fault, they will be punished. Firefighters did a great job in rescuing people. However, some people who were on ventilators could not be rescued. I seek forgiveness from their families,” the Chief Minister added. The state has announced a compensation of ₹ 5 lakh for the affected families, NDTV reported.

Prime Minister Narendra Modi, in a tweet, said: “Pained by the loss of lives due to a fire at a hospital in Mumbai. I pray that the injured recover soon: PM @narendramodi”. With agency inputs