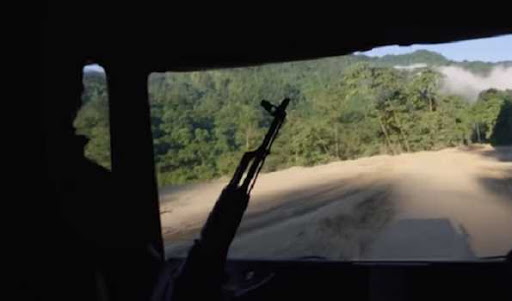 Imphal: A person was feared killed and eight others injured in alleged firing by Myanmar security personnel at Tamu, a town on the Myanmar side in Manipur-Myanmar border.

Sources said on Thursday night heavy firing was heard on the Myanmar side and the injured rushed in towards Moreh the main trading town on the Manipur side. The matter came to light when the injured managed to cross on the Indian side and they were treated at Moreh hospital. Three Myanmar nationals who were injured needed further treatment for which arrangements were made to transfer them to Imphal.

Moreh and Tamu are the two main trading towns on the border and people freely move on either side during day time for trade and other activities. The official trade activities were stopped after the Covid pandemic and the border gate remained closed since the outbreak of the pandemic.

The Assam Rifles which look after the border security has asked all villagers living in the border areas to stop infiltration and report to them if any Myanmar national was seen. Illegal trade activities were continuing and security personnel were continuing to apprehend people who smuggle banned items on daily basis.

The heavy dependence on the Indian side on Myanmar for food, electronic goods, clothes, timber etc has led to an increase in smuggling activities. The porous India Myanmar border spread over 1624 km is difficult to manage due to terrain and proximity between the people living on the border.

Biometric attendance system to be mandatory from June 1 in Manipur