The national capital had maintained a streak of 4 consecutive days, from August 26-29, where no deaths due to Covid-19 were reported. However, the streak was broken on Monday. 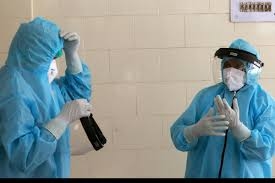 New Delhi: For the second consecutive day, Delhi reported Zero deaths due to Covid-19 even as the city recorded 39 new cases in the last 24 hours, Delhi government’s latest health bulletin said on Thursday.

This is the 21st time when the city has recorded zero deaths in a day since the second wave of Coronavirus began. Delhi had reported Zero Covid-19 fatality earlier on Wednesday as well, according to the official data.

The positivity rate was recorded at 0.06 per cent as the city conducted 60,483 tests in the last 24 hours, the health department stated.
Meanwhile, 38 people recovered from the viral illness in the last 24 hours and around 80 individuals remain in home isolation, the data showed.

The latest addition has pushed the cumulative case tally to 14,37,838 while the death toll remained at 25,082 government data showed.
The cumulative positively rate in the national capital has been assessed at 5.57 per cent while the case fatality rate (cumulative) is recorded at 1.74 per cent, it added.

Over the past two weeks, the single-day case tally has not exceeded 50. Meanwhile, Delhi has recorded 21 instances so far where no deaths were reported in a day since the second wave of Covid-19 hit the national capital.

The national capital had maintained a streak of 4 consecutive days, from August 26-29, where no deaths due to Covid-19 were reported. However, the streak was broken on Monday.

Before the second wave, the national capital had recorded zero death on March 2 this year. On that day, the number of single-day infections stood at 217 and the positivity rate was 0.33 per cent.
The second wave swept the city during the April-May period.