Contestants stab each other for nominations in ‘Bigg Boss 16’

Everyone in the house protested the new captain in various ways for making this selfish decision. 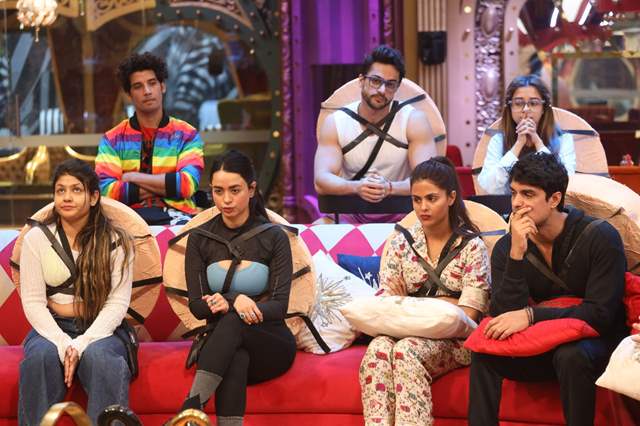 New Delhi: In the earlier episodes of ‘Bigg Boss 16’, all the housemates were seen ganging up against Gautam Singh Vig for choosing captaincy over ration.

Everyone in the house protested the new captain in various ways for making this selfish decision. As the nomination day arrives, standing true to this season’s theme the master of the house played his game yet again!

In tonight’s episode, the nominations task for the week is announced but ‘Bigg Boss’ gives the housemates a chance to decide if Gautam deserves to get a special power as the captain of the week during the nominations drill. It will be interesting to watch if Gautam gets his due as a captain.

‘Bigg Boss’ elevates the thrill of the nominations activity by asking the contestants to ‘stab’ the one they want to nominate. The master of the house reveals that he has been monitoring the house members 24 x 7 and knows that many housemates wish to thrust a dagger into the one they despise and so he allows the house members to do this in front of everyone.

With many strategies brewing and game plans changing, watch out for who will stab whom!

With all this happening, Abdu Rozik’s simple request to ‘Bigg Boss’ for chicken will lead to chaos between Shalin Bhanot and Priyanka Chahar Choudhary, as the latter laughed when Shalin requested extra chicken. Shalin takes the opportunity to drop a strong comeback and reminds her of her demands for Rotis arguing that one should understand others’ medical needs.

In tonight’s episode, viewers will also witness the adorable #Priyankit bond breaking as Priyanka and Ankit have their first spat on the show. Priyanka calls Ankit’s concern a farce and Ankit asks Priyanka to play her game well. They both confess that they have been tolerating each other for the last two years. Will their relationship survive through this fight?