The IAEA called upon Russia to allow workers to rotate and rest as they were crucial for the site's safety. 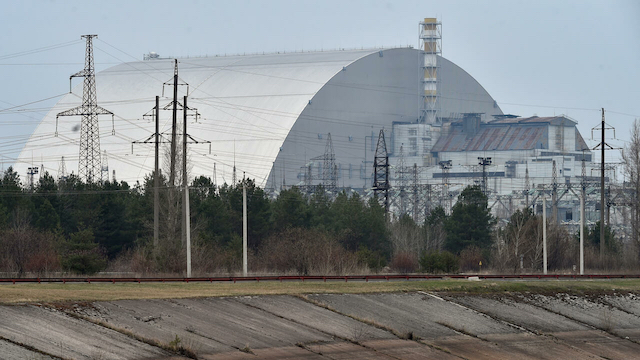 Kyiv: Contact between the UN watchdog the International Atomic Energy Agency (IAEA) and the Chernobyl nuclear power plant was lost, leading to concern for staff working under Russian guards at the Ukrainian facility, Khaljee Times reported on Wednesday.

The defunct Chernobyl nuclear plant, the site of a 1986 disaster that killed hundreds and spread radioactive contamination west across Europe was captured by Russian forces on February 24.

The agency said that more than 200 technical staff and guards have been working for 13 days straight at the plant since the Russian takeover, claiming that the situation for the staff “getting worse” at the site.

The IAEA called upon Russia to allow workers to rotate and rest as they were crucial for the site’s safety. The defunct plant is inside an exclusion zone that houses decommissioned reactors as well as radioactive waste facilities.

However, it requires constant management to prevent another nuclear disaster, hence more that 2,000 staff still work at the plant. IAEA chief Rafael Grossi “indicated that remote data transmission from safeguards monitoring systems installed at the Chornobyl NPP had been lost” prompting Grossi to offer to travel to the site or elsewhere to secure “the commitment to the safety and security” of Ukraine’s power plants from all parties.

The term “safeguard” is used by the IAEA to describe technical measures it applies to nuclear material and activities, with the objective of deterring the spread of nuclear weapons through early detection of the misuse of such material. Russia also attacked and seized Europe’s largest atomic power plant, Zaporizhzhia, last week, leading to accusations of “nuclear terror” from Kyiv.

Zaporizhzhia alone has six reactors of a more ‘modern’ and ‘safer’ than the one that melted down at Chernobyl in 1986. The IAEA said two of those were still operating, the plant’s personnel were working in shifts and radiation levels remained stable.