The Chief Minister said that the government needs to introduce new technology, new varieties and new breeds in agriculture, horticulture and animal husbandry. 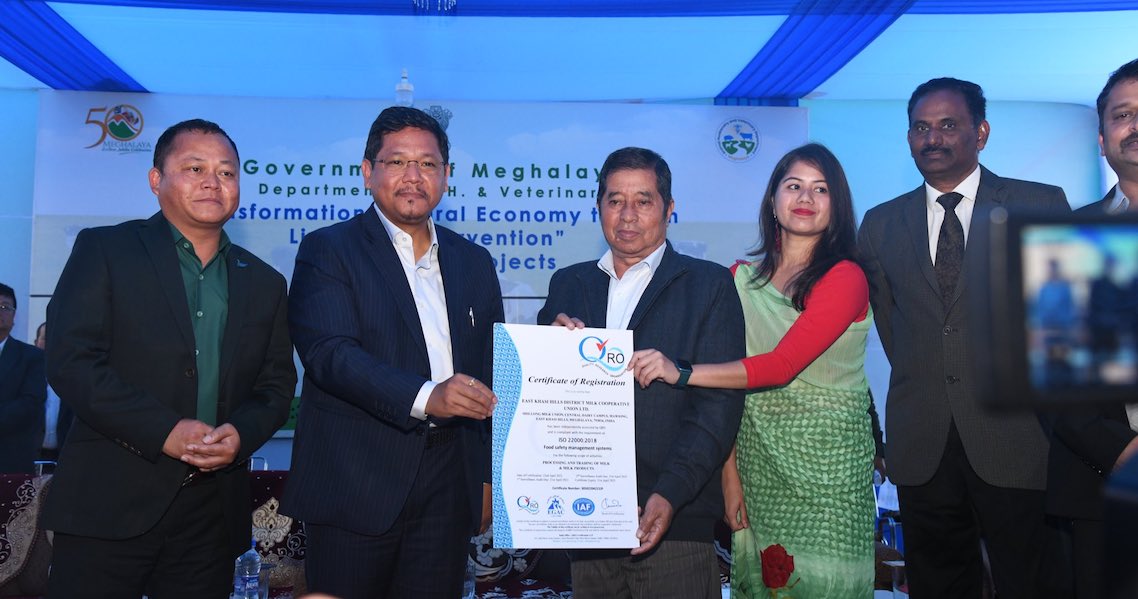 Shillong: Meghalaya Chief Minister, Conrad Sangma on Wednesday said that the government has always kept farmers as one of the top priorities for the State as they make up 70 per cent of the population of the State.

“Whatever we do for the farmers affect the majority population of our State and much has not been done in the past and small interventions like these can make a huge difference in their lives,” he said after inaugurating livestock projects at Upper Shillong at a programme organized by the Department of Animal Husbandry and Veterinary

He added: “ if key issues can be addressed and key problems resolved it can make an exponential growth in farmers’ income.

The Chief Minister said that the government needs to introduce new technology, new varieties and new breeds in agriculture, horticulture and animal husbandry.

“The Government has been trying to reinvent the entire process of ensuring that different technologies can be used to increase the income of the farmers,” he said.

Sangma also said that artificial insemination is a new technology which is still to be accepted by a majority of livestock farmers in the State.

“An incentive of Rs 500 will be given to each farmer for every single artificial insemination done successfully and an amount of Rs 2 crores has been earmarked by the government for this initiative to achieve the goals of improving the local cattle breed and upgrading the cattle population and milk and meat yields,” he said.

Sangma also announced the establishment of a Non-Descript Breed Improvement Farm at Saitsama, West Jaintia Hills district to transform the rural cattle landscape of the State and help in realizing the goal of self-reliance in beef production in the State.

He launched the Sex Sorted Semen Artificial Insemination Programme and also launched the project for Up-gradation of Local Non-Descript Cattle by cross-breeding with Ongole breed of Andhra Pradesh.

With the launch of the project, the Department has set a target of producing one lakh improved progeny by inseminating the Ongole semen with the non-descript local cows in the next three years to improve milk and meat production in the State.

The Chief Minister distributed F1 male calves produced in the IDP project to farmers from twelve model villages in all the districts of the State.

He also handed over the ISO Certificate to the local milk brand Na Ri of Shillong Milk Union.