The latest deaths were reported from Nagaon and Cachar districts, according to the Assam State Disaster Management Authority (ASDMA). 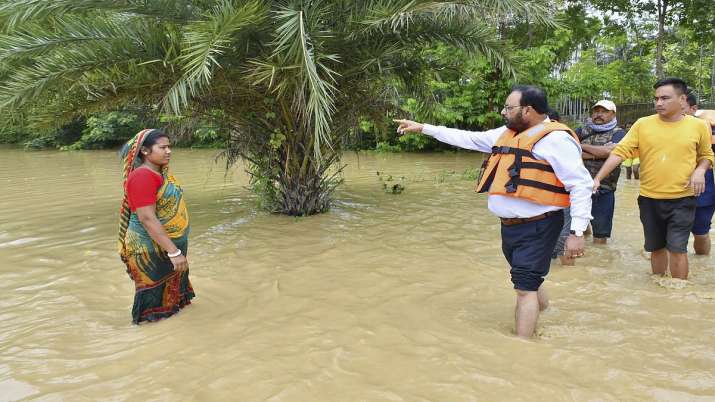 Guwahati: With two fresh deaths, the toll in the Assam floods has gone up to 26 as more than 5.8 lakh people continued to bear the brunt of nature’s fury across 17 districts of the Northeastern state, authorities said on Wednesday.

The latest deaths were reported from Nagaon and Cachar districts, according to the Assam State Disaster Management Authority (ASDMA).

Nagaon is the worst-hit district, where over 3.46 lakh people have been hit hard by the floods.

Another district severely affected by the deluge is Cachar with nearly 1.78 lakh of its population in distress.