Congress need no money power to will elections in Meghalaya

The party had already invested in various infrastructures all over the state. 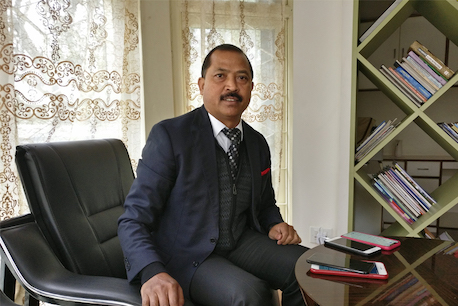 Shillong: Former Union Minister and Meghalaya Pradesh Congress Committee (MPCC) president, Vincent H. Pala on Friday said that grand-old party would not need money power to woo electorates in the upcoming assembly elections in Meghalaya since the party had already invested in various infrastructures all over the state.

“The investment which the Congress has made in giving infrastructures in health, sports to the youths, education. So people will not only go for money but they will look for confidence and trust level they have in the candidates,” Pala told reporters.

Claiming that the Congress does not fight elections based on money, but on trust level; and preparations that the candidates and the party’s hard work on the ground, the Congress leader said, “We have instructed our candidates to go door to door to connect with the people and this will give Congress an upper hand.”

Stating that the anti-incumbency against the Meghalaya Democratic Alliance (MDA) government is high, Pala informed that the Congress would soon charge-sheet the MDA government and the promises made by it to the people of the state.

Moreover, he said the Congress is also preparing the road map for the party and to bring back the old glory of Meghalaya be it in tourism, employment, law and order, farmers and education.