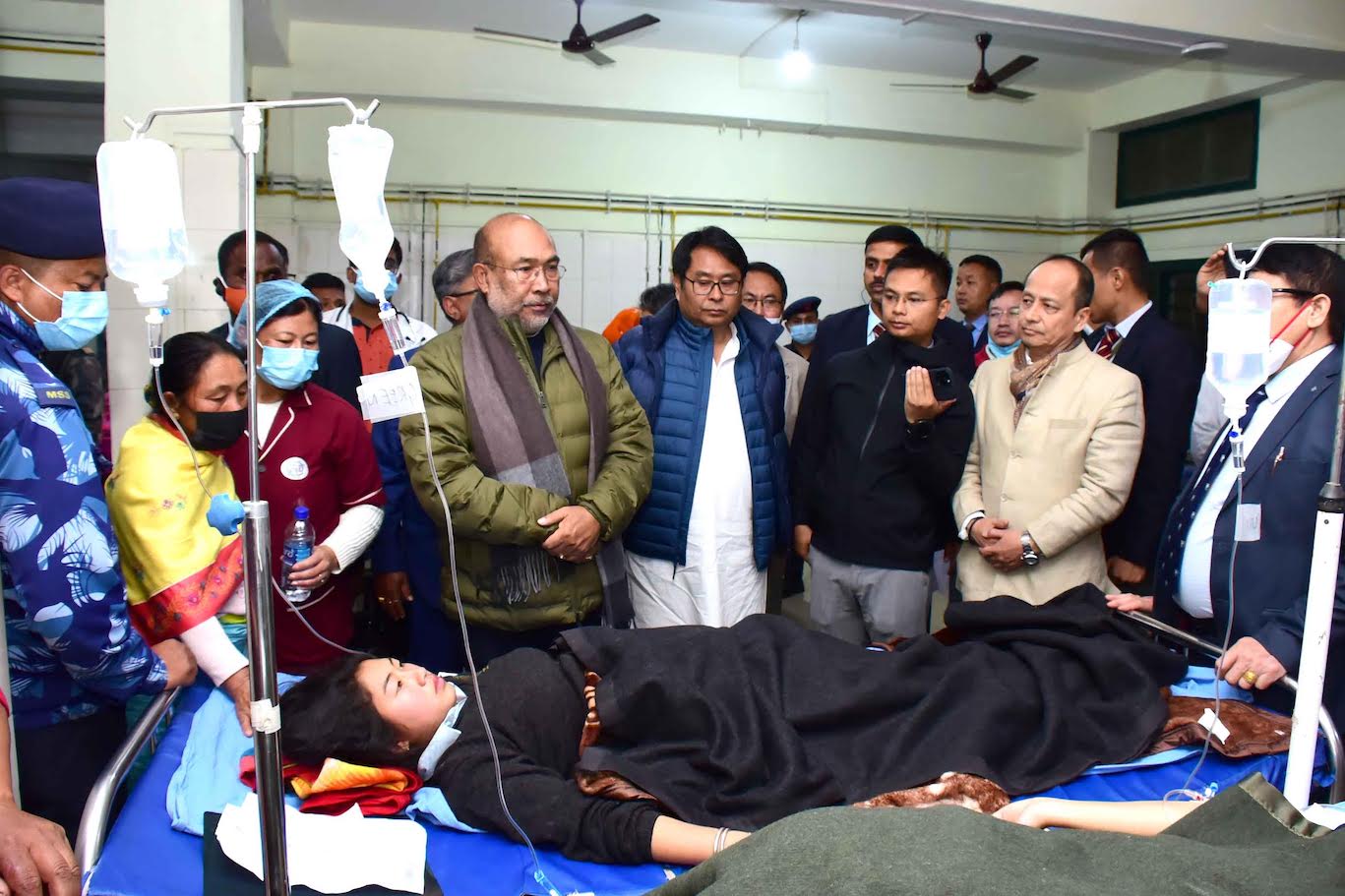 Imphal:  Chief Minister N. Biren Singh expressed his deep condolences over the demise of seven people, including five students, a warden, and a teacher, in an unfortunate road accident that occurred near Leimatak, between Bishnupur and Khoupum.

Biren Singh continued that the bus, which met the accident, was carrying 47 people, including students and staff of Thambalnu Higher Secondary School, Yairipok Top Chingtha, for an annual study tour to Khoupum.

He informed that his government, after discussion among cabinet ministers, had taken a decision to provide ex-gratia of Rs. 5 lakhs to the families of deceased persons. Financial assistance of Rs. 1 lakh and Rs. 50,000 will be provided to the seriously injured and those with minor injuries, respectively, he added.

The Chief Minister continued that the State Government had also taken the decision to bear the expenses of the treatment of the injured persons being admitted at different hospitals.

Appreciating the quick response of villagers near the incident site to rescue the victims, the Chief Minister stated that the government was able to initiate rescue action on time because the villagers quickly uploaded information about the incident on social media.He also informed that the injured persons were brought to the Bishnupur District Hospital at first, after which they were brought to hospitals at Imphal, including Raj Medicity, Regional Institute of Medical Sciences, and the Advanced Hospital.

To avoid such incidents in future, N. Biren Singh cautioned the public to take utmost care while driving along hill areas, as the visibility becomes lower during the winter season due to foggy weather.

Appealing to the schools to avoid study tours or excursions during the winter season, especially in December and January, he informed that the Education Department has Wednesday issued an order directing all the principals, headmasters, and headmistresses of all government, government-aided, and private unaided schools in the state not to organise school excursions until January 10, 2023, to avoid any untoward incidents.

He emphasised the importance of providing awareness on the rules for driving passenger vehicles in order to avoid any untoward incidents, and he stated that the Transport Department will organise a conference for all drivers in the state to make them aware of the dos and don’ts of driving.

Concluding his briefing, the Chief Minister expressed his deepest condolences, shared his grief with the bereaved family, and further appealed to the public to follow traffic rules while driving, to avoid road accidents.