Chief Minister said the government wants to develop Behiang as an international business hub like Moreh town and bring development there. 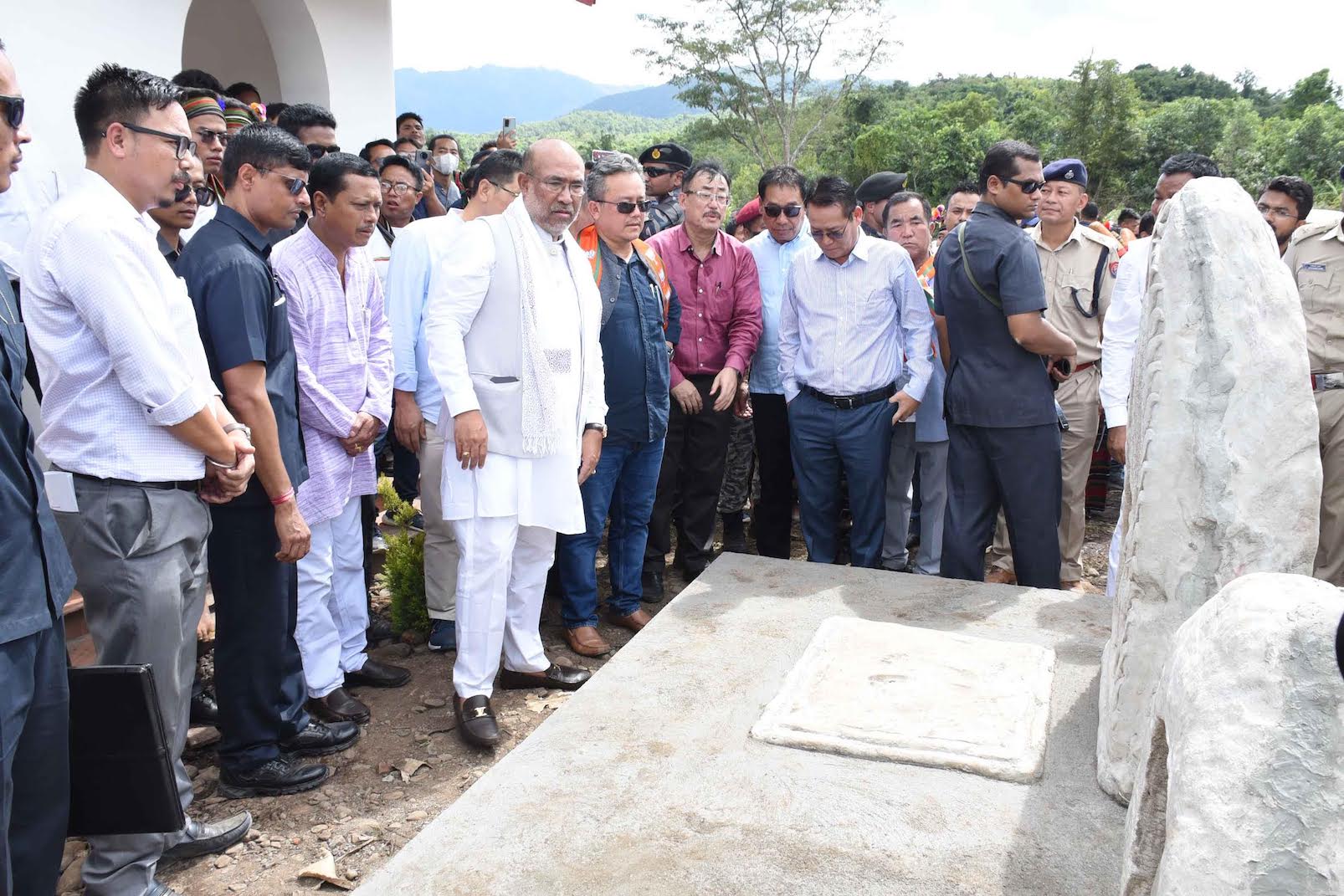 Chief Minister said the government wants to develop Behiang as an international business hub like Moreh town and bring development there.

There are various developmental plans for the area, he continued.

Stating that the Manipur Southern Cultural Centre will be constructed at a project cost Rs. 6 crore, he also highlighted several other developmental works taken up in Singhat.

Biren Singh also added that there are plans to expand the centre and develop it further.

There should be equal development, the Chief Minister said, adding that there are no small or big communities, we are all humans and should live together.

“Today, we are taking forward a new Manipur, unfortunately it was affected for around two years by the COVID, but we have been working harder for the past six or so months to make up for the delay,” he added.

Highlighting that he appreciates the maintenance of forest cover in the area, Biren Singh said he is against mass deforestation for poppy cultivation and not against small clearances for the food cultivation process.

The Chief Minister announced rewards for the 13 villages of the area for properly maintaining the forest cover and for declaring that there is no poppy cultivation in their area. He also announced projects under Horticulture for each of the villages.

The chief minister said that the new Medical College at Churachandpur was set up in the district because the people deserve it.

Let us settle differences, problems, grievances through the process of talk, discussion and meeting instead of resorting to violent disturbances like bandhs, blockades, he added.

Let us forget and forgive our past mistakes, the Chief Minister appealed to the people observing that no society can move forward if we continue to remember past mistakes.

Rajya Sabha MP Maharaj Leishemba Sanajaoba expressed his happiness to the people of the area for preserving and protecting the artefacts, which are erected in the park for such a long time.

Chinlunthang MLA acknowledged before the Chief Minister that there is no poppy cultivation in the area.

He encouraged the people, especially the people of the hills to learn the language.

L Rameshwor Meetei MLA observed that it is evident that the Chief Minister has concern for the people of the hills from the development work taken up in the hill areas.

The inscribed stone at Chivu was erected during the reign of Maharaj Chandrakirti (1850 -1886 CE) in the year 1872 CE to commemorate the Lushai Expedition. A large stone slab with a pair of engraved footprints of Maharaj Chandrakirti and General Nathan is lying in front of the inscribed stone. A stone symbolizing Lord Thangjing and his consort is also located within this complex. The total protected area is 607.50 Sq.m.