He expressed the hope that the festivity will usher in good harvest, prosperity, and happiness for all. 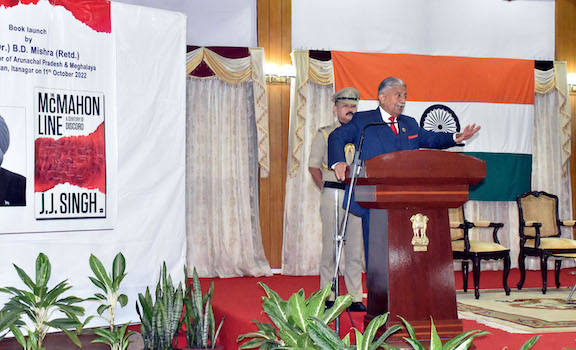 Itanagar: Arunachal Pradesh Governor Brig (Retd) Dr BD Mishra has extended his warm greetings to the people of the State, particularly the Sajolang community on the festive occasion of Chindang, the annual agro-based festival of the Sajolangs.

He expressed the hope that the festivity will usher in good harvest, prosperity, and happiness for all.

In his message, the Governor said that indigenous festivals have always connected the people with nature. During these festivities, offering of prayers and performance of rituals are done in the praise of the natural objects and the heavenly bodies like Sun, Moon, mountains, rivers, and forest to seek blessings for the well-being of mankind and for good harvest.

The Governor said that during Chindang Festival, prayers are offered and liturgies are performed to appease nature. Rituals are also performed to ward off evil spirits from entering the villages and allay harm coming to the people and the domestic animals.

He appealed to the indigenous communities to follow their age-old traditions and maintain the noble practices of preserving the green environment for themselves and for the future generations.

“On this joyous occasion, I join my Sajolang community in offering prayers to Almighty for the welfare of mankind,” the Governor said in his message.