China will not be ‘oppressed’: Xi Jinping

President Xinping said this while delivering a defiant speech at an event to mark the centenary of the ruling Communist Party on Thursday. 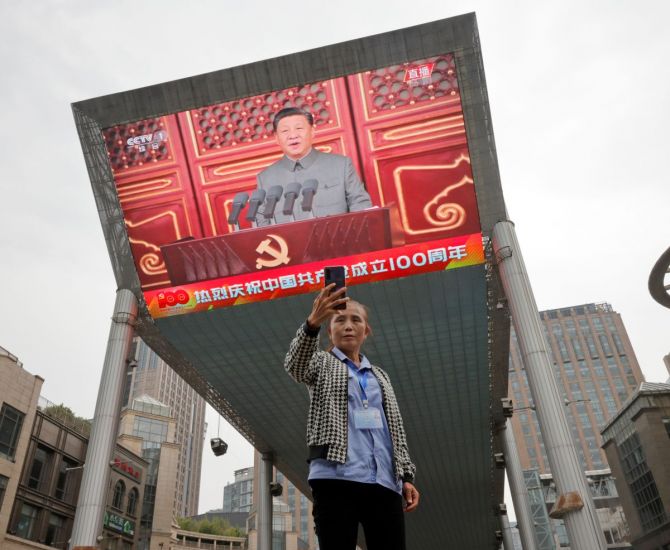 Beijing: China’s President Xi Jinping on Thursday warned that foreign powers will “get their heads bashed” if they attempt to bully or influence the country.

President Xinping said this while delivering a defiant speech at an event to mark the centenary of the ruling Communist Party on Thursday.

Xi further said that Beijing would not allow any kind of “sanctimonious preaching”, remarks widely seen as directed at the US, BBC reported.

This comes as China faces widespread criticism over its alleged human rights abuses and its crackdown in Hong Kong, especially against pro democracy activists.

Relations between the US and China have nose dived in recent times over trade, espionage and the pandemic.

The issue of Taiwan is also a major source of tension between the two countries, wherein Taiwan sees itself as a sovereign state backed by the US, while Beijing sees the island as a breakaway province.

Under US laws the country is required to provide Taiwan with the means to defend itself should Beijing use force to take the island back.

On Thursday Xi said China maintains an “unshakeable commitment” to unify Taiwan with the mainland.

“No one should underestimate the resolve, the will and ability of the Chinese people to defend their national sovereignty and territorial integrity,” he said.

A carefully vetted crowd were in attendance in Beijing’s Tiananmen Square, many of whom were not wearing masks.