BRICS, namely Brazil, Russia, India, China, and South Africa, is an informal association of the world's major developing economies, which was formed in 2009 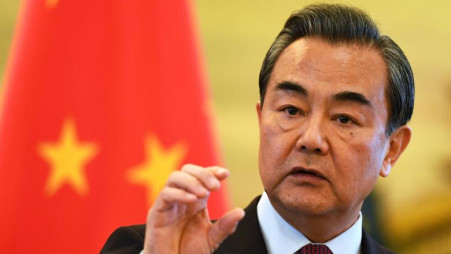 Beijing: China is proposing to initiate the BRICS expansion process in a strive to demonstrate the grouping’s openness and make it more influential on the world stage, Chinese Foreign Minister Wang Yi said on Thursday.

“The Chinese side proposes to start the BRICS expansion process, consider the standards and procedures of the process and gradually form a consensus,” Wang said during an online meeting of the BRICS foreign ministers.

The minister stressed that BRICS expansion would help demonstrate the openness and inclusiveness of the grouping, would make it more representative and boost its influence in the international arena, while also making a greater contribution to global peace and development.

BRICS, namely Brazil, Russia, India, China, and South Africa, is an informal association of the world’s major developing economies, which was formed in 2009 to enhance cooperation between the nations and elaborate common approaches to global economic challenges.