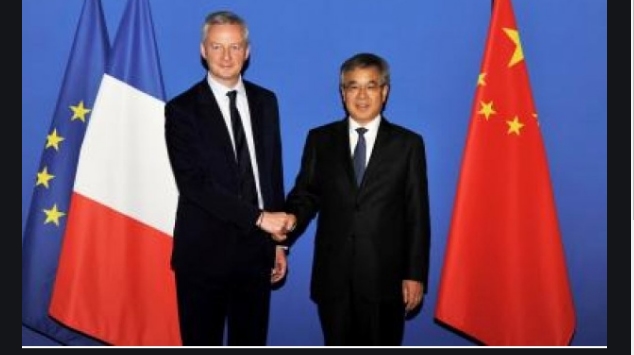 Beijing: The eighth China-France High-Level Economic and Financial Dialogue will be held on December 13 via video link, a Chinese foreign ministry spokesperson announced on Friday.

Wang said the dialogue will implement the consensuses reached by the heads of state of the two countries in the economic and financial fields, and discuss cooperation in such areas as global economic governance, climate change, trade and economy, agriculture, aerospace, civil nuclear energy, scientific and technological innovation, finance, and third-party markets.

Established in 2013, the China-France High-Level Economic and Financial Dialogue serves as an important platform for communication and policy coordination on overarching issues in the economic and financial sectors.

It has played a positive role in deepening pragmatic bilateral cooperation, strengthening communication and coordination on major international economic and financial issues, and promoting the development of the China-France comprehensive strategic partnership, according to Wang.